“This is bigger than cool. It’s amazing.”

That was Brianna Desirae Beverly’s reaction to the recent Energy Awareness Fair, hosted by the Birmingham Chapter of the American Association of Blacks in Energy (AABE). The seventh-grader at Wilkerson Middle School already has big plans for her future, and through this fair, she saw firsthand that technology can help her reach those goals.

“It’s hard to say what I liked best about the event because everything here is so amazing,” said Brianna, who wants to become an architectural engineer. “There’s a bunch of kids I know here, and they are enjoying what they see, especially the technology.”

More than 200 seventh-grade students and teachers from Wilkerson, Wylam and Hudson middle schools thronged the exhibits at the career fair at Alabama Power’s 12th Street Crew Headquarters in downtown Birmingham this month.

The event was designed to introduce students to careers in technology, engineering, math and science, particularly jobs in the energy sector. For those students interested in other career paths, there were booths that focused on business, human resources, marketing and accounting. The event was part of AABE’s annual Black Energy Awareness Month held in October.

Phillip Coffey, chairman of the chapter’s Education and Scholarship Committee and Alabama Power market specialist, said the organization is hoping to “generate a spark” in these seventh-graders.

“Middle school is where students typically start getting exposed to future careers,” Coffey said. “By the time they get into high school, they are already choosing classes that will help prepare them for college. We wanted to catch them at a young age and broaden their horizons by exposing them to the latest technology and energy careers.”

“We partnered with the Birmingham Education Foundation because we wanted to remove all barriers to attendance, such as lack of transportation, to maximize the opportunity for students to be exposed to future careers,” said Starks, Southern Power compliance director.

Starks said the organization is striving to open these students’ minds to a whole new world.

“As children who are trying to decide what they want to be when they grow up, what makes the biggest impact are the people they know and what they have seen,” she said. “I grew up in the Bessemer City School System, where the only professionals I interacted with on a regular basis were nurses and schoolteachers. We are hoping to expose these kids to other professions to let them know there are other career opportunities open to them.”

After they viewed the outdoor exhibits, the students moved inside, where they took part in hands-on activities. They toured a substation thanks to virtual reality, built a circuit, used iPads to view the innovations in the company’s Smart Neighborhood, and saw a robot in action and a mock-up of the new units at Vogtle Nuclear Plant in Georgia.

The students played a bean game to learn about budgeting, participated in mock job interviews and wrote their own brief biography.

T’Marcus Threatt, Wilkerson Middle School seventh-grader, said the best part of the day for him was the bucket truck and drone demonstrations and learning the benefits of driving a Tesla.

“I wanted to attend this event so I can learn about technology and the things around me,” Threatt said.

“This event is huge for our students,” said Adrian Jones, operations manager, Birmingham Education Foundation. “Alabama Power and AABE are doing a great job of helping our students get exposed to STEM (science, technology, engineering and math) fields in a fun and exciting way. I think when there’s talk about math and science, a lot of students disconnect because they are not able to see the hands-on experience they can get by coming to an event like this one.”

The AABE Birmingham Chapter works to provide energy professionals, executives, entrepreneurs and students a pathway to learn more about the energy industry through education, mentoring, community service and networking. As part of that effort, AABE provides scholarships to students to encourage them to pursue careers in energy-related fields.

“This fair is just the start,” said Coffey. “We want to make an impact in Birmingham City Schools and the community as well. We want to arm students with knowledge and resources so they can be prepared to go to the next level.” 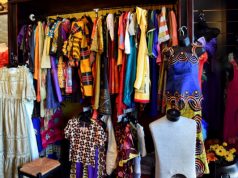 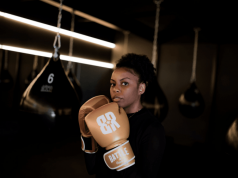