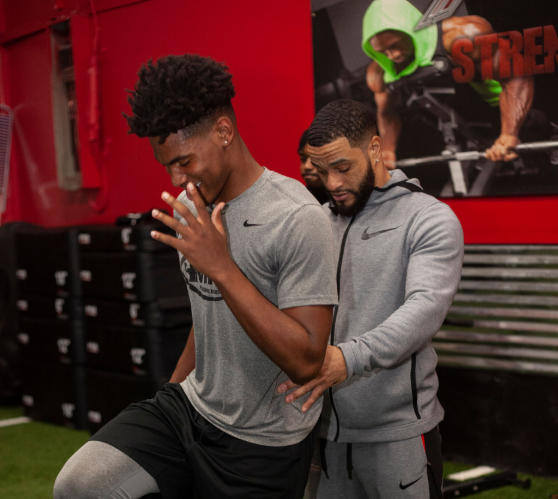 For Kevin Brown, founder of and trainer at Xtreme Fitness and Performance in downtown Birmingham, he and the business are one in the same.

“If you take this away from me, I probably wouldn’t know what my next step would be. … I couldn’t see myself waking up doing anything else but this,” said Brown, 33. “It’s very rewarding to see some of the things we’ve been able to accomplish, to see some of the things a lot of our clients have been able to accomplish, as well.”

Brown grew up in Fairfield, Ala., seeing his parents hate going to work, so he always wanted to do something he loved.

“I tell people all the time, ‘If you’re getting into this type of business to get rich, it’s not the business for you.’ You truly have to have a passion for doing it and helping people,” he said. “[For] any and everybody that walks through my door, I try to do whatever I can to put them in a position to be successful.”

Brown, who has been a trainer for more than 13 years, opened Xtreme Fitness and Performance in 2010. He has been an athlete for most of his life, starting around age 5. He played three sports at Fairfield High School and went on to play football at Miles College.

In 2005, Brown suffered a devastating injury, rupturing a vertebra that pressed on his spinal cord. He needed surgery, after which it took more than a week for him to regain movement in his legs. He believes having a strong neck, which was able to absorb some of the impact, protected him from a more serious injury.

“That was a real challenging time of my life, just being able to condition myself to get healthy again,” he said. “Even after my surgery, … I still had to ease my way back into doing certain things.”

Even before his injury, Brown was interested in a career related to health and fitness and strength and conditioning. After graduating from Miles College in 2008 and rehabbing from his surgery, however, he learned the importance of regular workouts.

To make sure “everything was functioning like it was supposed to,” Brown began training part time at a few local facilities.

“The way I was conditioned and the way I worked out at the time … honestly saved my life from being in a wheelchair for the rest of my life,” said Brown, whose injury was similar to that of the late actor Christopher Reeves, who never regained the ability to walk.

It took Brown about three months to get back into his normal routine. As he recovered, he started building a clientele of people interested in personal training, mainly among those who wanted to lose a few pounds and a few athletes looking to stay in shape. He operated out of a few downtown locations before settling into in his current space in the 1500 block of Third Ave. South, where he set up shop in June 2018.

Brown holds himself and clients accountable.

“I take pride in continuing to educate myself about what I can do different to make my clients better,” he said. “[I also believe in] accountability, … being that person to hold them accountable for what they need to do or whatever that goal is.”

Every year, Brown seeks certification in a different area; in 2018, his focus was human movement and biomechanics. He also believes in strengthening his mind, so he is an avid reader; the most recent book he read was “The System: Soviet Periodization Adapted for the American Strength Coach,” by Jeremy Hall, Johnny Parker, Al Miller, Dan Reeves, and Rob Panariello. Brown winds down from his day by making time to read and study.

Brown does speaking engagements and assists area schools with strength and conditioning programs.

“We do on-site strength and conditioning at a few high schools, and a lot more schools started reaching out to us,” he said.

Brown enjoys mentoring, as well: “If the Lord put me in a position here to do what I do, it’ll be a shame if I don’t help the next person that’s coming up to do it,” he said.

Though Brown spends a lot of time around coaches and athletes who provide motivation, his greatest inspiration is his mom, Glenda Brown-Wade, who lives in Pinson, Ala. He is motivated by her strength and the sacrifices she made for him and his sisters.

“She was one of the first people I spoke to about [my interest in the personal training] industry. …This a non-traditional career. … [Most of my] family, pretty much all my uncles and cousins, … are blue collar, … so when I branched off and said, ‘Hey, this is what I want to do,” everybody else asked, ‘You sure?’ My mom said, ‘If this is what you want to do, do it.’”

Click here to read more stories about health and fitness.