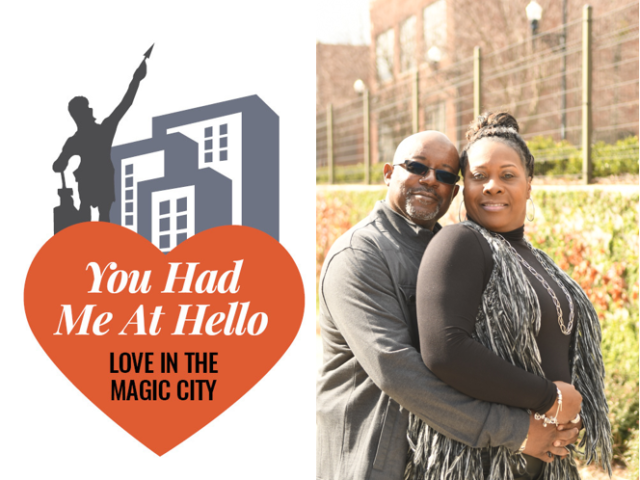 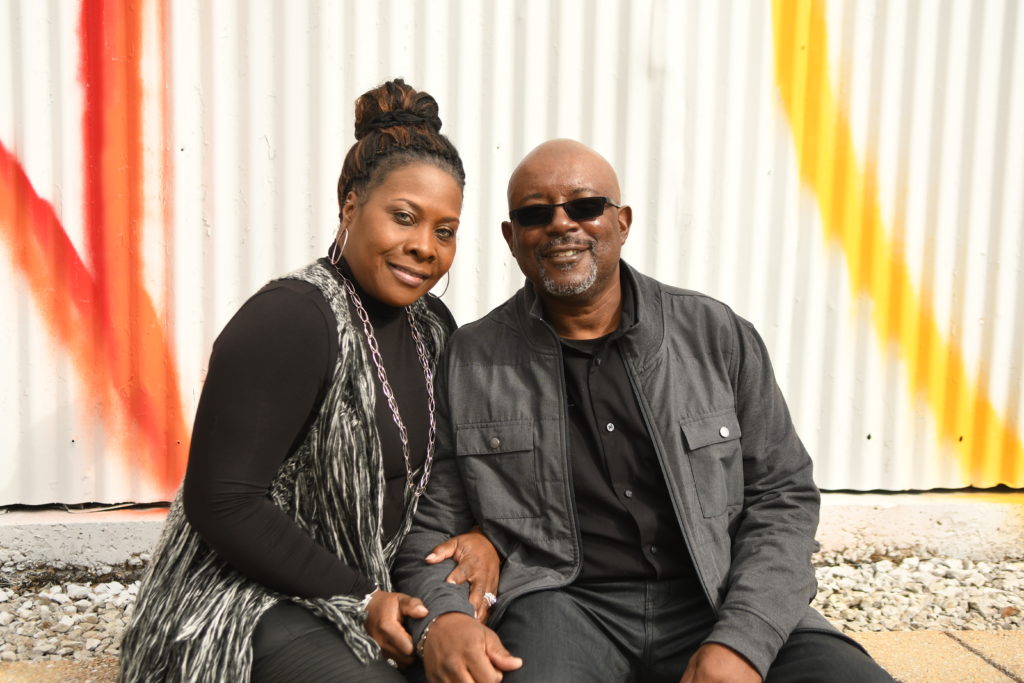 Met: Kelvin and Monique met as students in Hueytown High School’s Class of 1984. Monique knew him as a skinny kid nicknamed “Weed.” “He was popular, but we hung out in different circles,” she recalled. Kelvin knew Monique, who was both a cheerleader and volleyball player, as an outgoing and popular girl in his class. Then came graduation and they did not see one another again.

Thirty years later:  In 2013, a mutual friend of both Kelvin and Monique told Kelvin he had run into some of his old Hueytown High School classmates and showed him photos.  He recognized Monique instantly. Kelvin admitted to the mutual friend that he really liked Monique in high school. The friend passed a message to Monique through one of her friends that Kelvin would like to get together, but Monique was hesitant. “I was not interested,” she said. “I was sick of men and told my friend that he was probably a player.” But she passed along her phone number and the two begin texting. “I was still thinking negatively though,” Monique said. Eventually Kelvin persuaded Monique to meet him face to face.

First date: Kelvin and Monique met at the Buffalo Wild Wings in Hoover. They were both late for that first date. When Monique finally saw Kelvin, she immediately recognized him as that kid “Weed” from high school. “When I saw her I just thought she was beautiful,” he said. Some of Monique’s fears faded and the two spent nearly four hours at the restaurant catching up. “But I wasn’t going to give in that easily,” Monique said. “My guard was still up.”  Both Kelvin and Monique had been married and had children. It took the couple about three months of dating before they each knew there was something serious going on.

The proposal: Monique said there was no big proposal moment. “He is really laid back,” she said of Kelvin. He talked about getting married and reassured her that he was crazy about her now and had been crazy about her even in high school. “And when I met his mother, she shared with me the same story, that he had liked me in high school. I knew then that with the way he treated his mother and shared with his mother, and with the beliefs he had in family values that we could be married.”

The wedding: The couple had a small ceremony with just immediate family members at Faith Baptist Church in Bessemer. 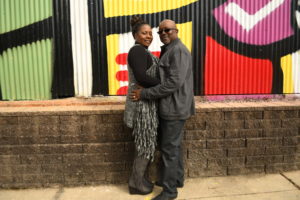 Words of Wisdom: Kelvin and Monique said that patience is important when it comes to finding a soul mate. “God has his plan and it has to be the right time,” said Kelvin, who added it is important to “follow your heart” in order to find happiness with another person. And, “know who you are dealing with,” he said.

Monique said people in relationships should be decisive about who they let into their lives. “It does not take two to three years to determine if that person meets your expectations,” she said. “You should try to figure out if that person will treat you the way you wanted to be treated, and cater to you the way you cater to them before you get involved.”

Happily ever after: Kelvin, who enjoys doing home improvement projects, works at FedEx. Monique, a big shopper in her spare time, is a nurse at Shelby Ridge in Shelby County.  They both have three children from their previous marriages.  The couple enjoys spending time at home on the weekends, watching movies and talking. They also enjoy spending time on outings with other couples.