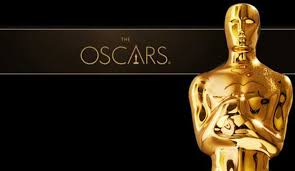 The Oscars have come and gone, but rarely have they been this messy.

The 91st annual Academy Awards kicked off on Sunday night at the Dolby Theatre in Los Angeles down a host, without a popular film category ― that’s mercifully been shelved until 2020 ― and under stricter time constraints after a chaotic and troubled buildup to awards season’s most-esteemed ceremony.

While the show ran without any major hiccups, it was a night of upsets as the polarizing “Green Book” took home the evening’s most coveted prize for Best Picture. The Peter Farrelly-directed film also scored Mahershala Ali his second Oscar for portraying real-life pianist Dr. Don Shirley.

Since its release, the film has drawn criticism from for its historical accuracy, as well as eliciting strong concerns from Shirley’s own family, who slammed the film as a “symphony of lies.”

The Oscars also made a winner out of Netflix’s “Roma,” which led the nominations with 10 nods. The film took home three awards for Best Director, Best Cinematography and Best Original Film.

But the Freddy Mercury biopic “Bohemian Rhapsody” came out on top in the end, leading all the films with a total of four awards despite the controversy surrounding its director Bryan Singer, who’s been accused of sexual assault for decades. None of the artists honored, including Rami Malek, who walked away with the Best Actor Oscar, addressed the allegations in their acceptance speeches.

Check out the list of nominees and winners below.

Actress In A Leading Role

Lady Gaga, “A Star Is Born”

Melissa McCarthy, “Can You Ever Forgive Me?”

Actor In A Leading Role

Bradley Cooper, “A Star Is Born”

Actress In A Supporting Role

Actor In A Supporting Role

Sam Elliott, “A Star Is Born”

Richard E. Grant, “Can You Ever Forgive Me?”

“Can You Ever Forgive Me?”

WINNER: “Spider-Man: Into the Spider-Verse”

“Of Fathers and Sons”

“Hale County This Morning, This Evening”

“A Night at the Garden”