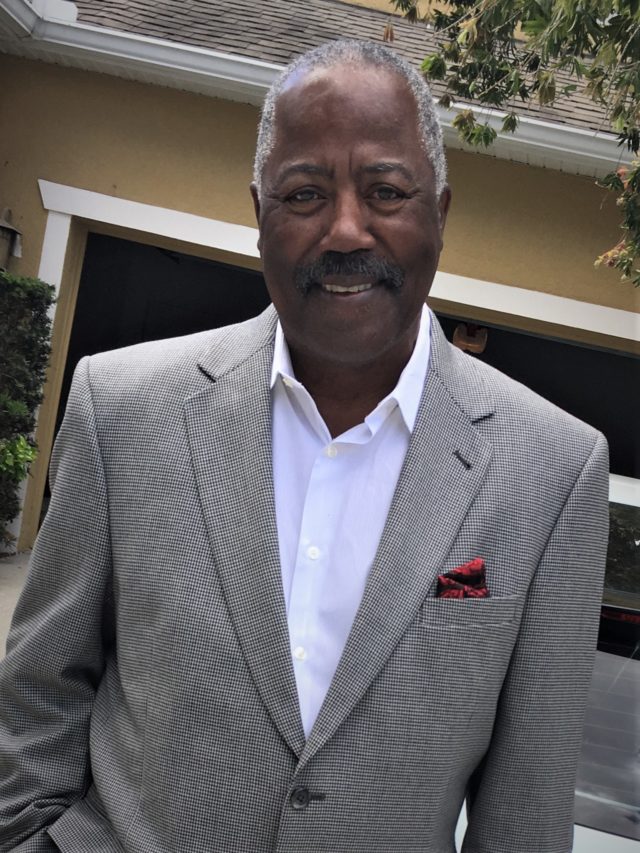 As a beginner, I often stood on the driving range and watched how effortlessly and far skilled players could hit the ball. In doing that, I realized I truly wanted to be able to do the same. Many times on the driving range, I would hit balls for a while, then stop to watch the better golfers swing. Sometimes, people would come over, watch me hit balls for a bit and offer suggestions on how I could hit the ball better. I would try my best to implement these suggestions. Between learning from others on the driving range, trying to absorb lessons in the golfing magazines, watching golf videos and live professional golf on television, I managed to create a game good enough to play as a single at the Norfolk Naval Station Golf course on Saturday mornings and not embarrass myself.

I did not take formal lessons for many years. I was “hardheaded” and figured this was a problem I could solve myself. Besides, trial and error was more fun (or so I thought). I am a living example of how the average golfer learns the game. Though there may be unique golf swings for individual players, some fundamental elements within the swing must be learned to be an accomplished golfer.

The golf addiction can only be satisfied by playing the game. A person can hit mostly “awful” shots for most of a round and hit a “memorable shot” on the final hole. That “memorable” shot will be the one thing they remember most about their golf round. That shot will be the thing that brings them back to the golf course again and again. That return to the course will also probably be sooner rather than later. Does this phenomenon in any way resemble many other things in life?

This is a game that has much time between the action. Golfers play shots in an orderly progression. When groups begin their round, it is decided on the first tee the order in which each player will play their initial shot. Thereafter, the playing order is that the player farthest from the hole plays the next shot. At the completion of each hole, the player who had the best score has honors and is rewarded the opportunity to hit his/her shot first to begin play on the next hole.

Sports, like tennis and golf, were not even a minor consideration for my generation. Both were considered pastimes for the wealthy elite. If my crew and me just happened to run across an old beat up golf ball lying in the grass, it was if an alien spacecraft had landed and my friends and I would try to figure out what planet it came from.

Golf for the African American here in Birmingham has a unique history. Until the early ’70’s, African Americans had little if any access to the golf courses whether these were public, state funded, or private.

Before the mid-’70’s, two courses, Cooper Green and North Birmingham, were designated public course facilities where non-whites could play. These facilities are no longer in existence. Whites could also play these if they desired. They also had access to many other courses which did not allow non-whites to play.

Per George A. Washington, a native and longtime area golfer who has seen the landscape change in Birmingham, golf is in a better place than it has ever been for the African American golfer.

Washington, like many African American golfers, is self-taught. He learned the game using his uncle’s golf clubs (obviously without his uncle’s knowledge). He is a very competent and skilled golfer who is currently a member and co-founder of the Vulcan Golf Club here in Birmingham. The Vulcan Golf Club is an African American golf group that has been in existence since the mid-1980s.

African American golf groups have been a staple in African American golf history. Though access for all at Birmingham public golf facilities officially began in the early ’70s, playing golf during that time could sometimes be an unsettling experience for African Americans. Even as a tax-paying citizen, one could still suffer harassment during play by overzealous course staff or suffer other indignities such as not being able to gain course access (get tee times) during prime periods. Numbers of African American golfers playing together provided some measure of protection against personal harassment and other discriminatory issues.

Playing together in numbers achieved through club organizations or other formal group commitments helped give African Americans the opportunity to play at preferred rates during prime time. Sometimes, to get needed results, group strategies needed to be supplemented with formal complaints regarding discriminatory practices to the state and local organizations who funded and managed specific golfing facilities.

Public golf venues have always been in business to make money and groups that bring numbers, support their restaurant, and bar facilities are a boon. The benefit of playing in organized clubs was not unique to Birmingham. Many African American golf clubs have started and exist throughout the United States for the same reasons. Additionally, the opportunity for mentorship between golfers, the ability to share learning experiences, and enjoy quality social interaction, is enhanced in this group setting.

As the game has grown for African Americans, many younger golfers have learned the game through formal instruction provided or paid for by themselves or their parents. Some have picked it up through their military, professional, and work relationships. Some younger players have also come through area youth initiatives and junior golf programs. Some are currently playing or have played on area high school and college teams. Formal instruction is available today for anyone for a fee at most golfing facilities throughout the city.

Highland Park, Roebuck, and the Robert Trent Jones trail courses (Oxmoor Valley and Ross Bridge) are public Birmingham courses that are popular for African Americans who play golf in the city.

The Robert Trent Jones Golf Trail provides quality golf venues throughout the state and are a draw for golfers in all categories to the Birmingham area.

Otis Windham Jr. is a freelance writer and author. He is a member of the African American Golfers Digest Advisory Board. He was Vice President of the Orlando Renaissance Writers Guild. He was Media Services Manager at Golf Channel in Orlando, Florida before retirement. He has been a resident of Birmingham since March 2018.

To read more stories of golf in Birmingham, click one of the links below.

The History of Black Golf in Birmingham