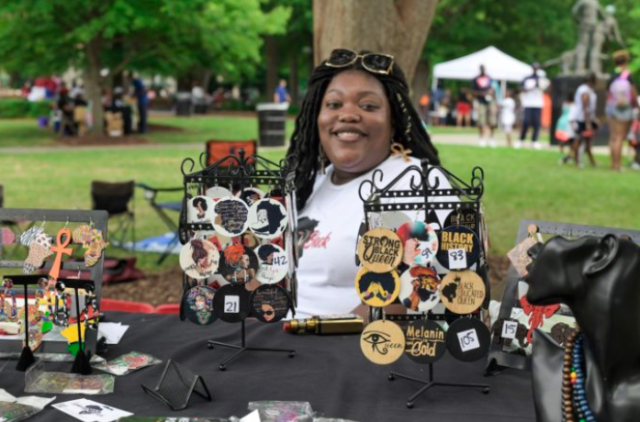 Kelly Ingram Park was packed on Saturday, June 15 as metro area residents celebrated the city’s 20th annual Juneteenth with the Birmingham Civil Rights Institute (BCRI). Juneteenth commemorates the freedom of enslaved African-Americans in the U.S. and is the oldest known celebration commemorating the ending of slavery in the country. Dating back to 1865, it was on June 19 that the Union soldiers, led by Major General Gordon Granger, landed at Galveston, Texas with news that the war had ended and that the enslaved were now free. Celebrated in 42 states, Juneteenth was formally recognized in Alabama as a holiday by a resolution of the Alabama Legislature in 2011. Saturday’s festivities included the reading of the Emancipation Proclamation and other tutorials; face painting and moonwalks for children; line dance contest; and food trucks and vendors.