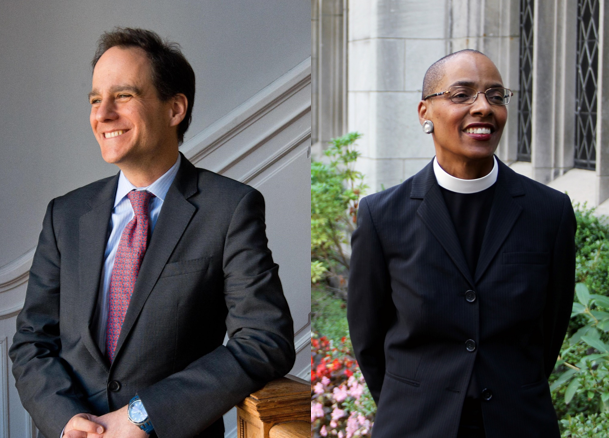 A conversation on bridging racial and faith divides from religious perspectives will be held Monday, June 17 at the Sixteenth Street Baptist Church in downtown Birmingham.

The public discussion begins at 5:30 p.m. and is being held in partnership with the Aspen Institute Inclusive America Project and the Community Foundation of Greater Birmingham (CFGB).

The “Bridging Religious Divides: A Local Perspective from Birmingham” presentation will include an all-day discussion with leaders from various faith communities, community organizations, academia and local government followed by the public conversation.

“It’s important to do this event, both because of the national, political landscape and because of where Birmingham is right now,” said Meryl Chertoff, executive director of justice and society program at the Aspen Institute. “Birmingham is really at the cusp of greatness and . . . in order for it to reach its full potential we think that Birmingham needs to engage all of its resources, and one of its great resources is its religious community and the faces of people who live in Birmingham.”

Chertoff added, “our faiths share a lot in common and if we engage around those areas where we agree, we can accomplish great things together.”

There are some commonalities that many faith traditions share and “most talk about loving one another or taking care of your neighbors and having compassion,” said Jones, “. . . so how do those common values impact how we treat each other? How we care for each other? and then how do they also impact during our working hours, the policies that we implement and how we practice at work, these same values?”

To grow as a region and an inclusive economy “we have to start with both systemic and institutional issues that have held us back historically, and continued to produced racialized and negative outcomes for majority of citizens in Birmingham,” said Jones, a committee member with the Instruments of Hope Unity Fund at the CFGB, which is also part of the partnership.

There will also be several private meetings during the event on how to build an inclusive economy and prosperity that’s shared by all and how faith influences that.

“With Birmingham being a city in the Bible Belt that [has people who] strongly identify with [their] faith in many ways it’s relevant to ask . . . what does that mean for what our city looks like and how we implement policy and practices that reflect that faith,” said Jones.

On Tuesday, funders will meet to talk about how to support and sustain the work in the region and they will culminate that with a tour of the civil rights district and learning more about that history in the Smithfield area and Fourth Ave. Business District.

The Aspen Institute is an educational and policy studies organization based in Washington, DC. Its mission is to foster leadership based on enduring values and to provide a nonpartisan venue for dealing with critical issues.

The Community Foundation leverages gifts and bequests from many people to drive positive change, bring people together to address community issues, build on opportunities and achieve measurable results, and work in partnership with others to improve the life of the local region.