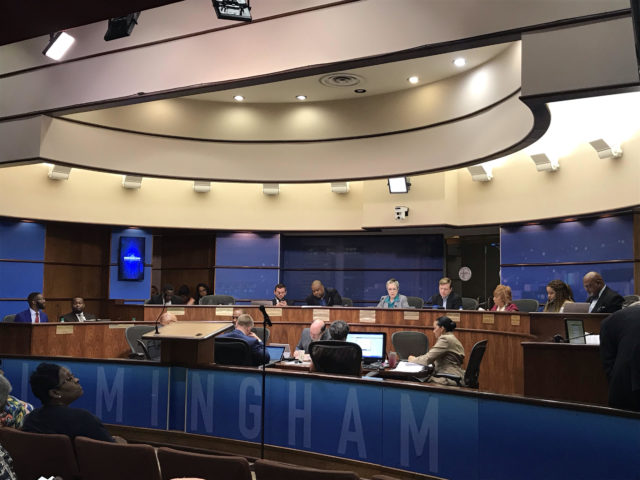 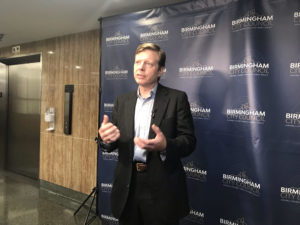 The Birmingham City Council will consider limiting the number of new self-storage facilities in downtown because they take up a lot of space, don’t generate a lot of jobs and may not be the best use of property, councilors said during Tuesday’s meeting.

The council will hold a public hearing during next week’s July 2 meeting at City Hall to discuss a temporary moratorium on new self-storage facilities opening downtown. If approved, the moratorium would halt the issuance of business licenses for one year and not affect any existing facilities.

“We have been made aware of multiple downtown parcels where the property owners are considering putting self-storage facilities and that’s something that is particularly problematic because we’re currently in the process of reviewing land use in the downtown area,” said Councilor Darrell O’Quinn, who submitted the item and represents the area.

The city is looking at several neighborhoods in the areas like Fountain Heights, Druid Hills, Central City, Southside and Glen Iris, that are being reviewed in the planning process for land use and “we’re concerned about the land use, zoning in downtown,” he said.

The temporary moratorium would mean that the city would not accept or review applications that would authorize or permit new or expanded self-storage facilities.

O’Quinn said he doesn’t mind the storage facilities; however he would prefer that these facilities are not located in downtown with areas of high economic impact like the entertainment or restaurant districts.

“I don’t think anybody is opposed to self-storage facilities but we need to consider the best place for those types of facilities,” the councilor said. “Downtown is really the economic generator for the entire metro area and downtowns thrive when there is vibrancy, density and lots of people coming to work at jobs and contributing to the restaurants and other small businesses in the area.”

Councilor Steven Hoyt, who chairs the Planning and Zoning Committee, said, “I believe that if we have property downtown, we need to maximize its use and not tie it up to a point where it’s not creating jobs and opportunities.”

In other council business, the panel recognized Wilkerson Middle School principal, Davida Johnson for a number of accolades including the Alabama Outstanding Curriculum Leadership Award.

Johnson, who has been principal of the school for four years, also received the 2019 Chiquita Marbury Technology Innovation Award from the Alabama Department of Education and the Certified Instructional Leader Credential from the Council for Leaders in Alabama Schools (CLAS).

“I’m not surprised by this award she’s receiving because to visit her school, Wilkerson, is just awesome, it’s first class all the way,” said Councilor John Hilliard, who represents the district where Wilkerson Middle School is located.