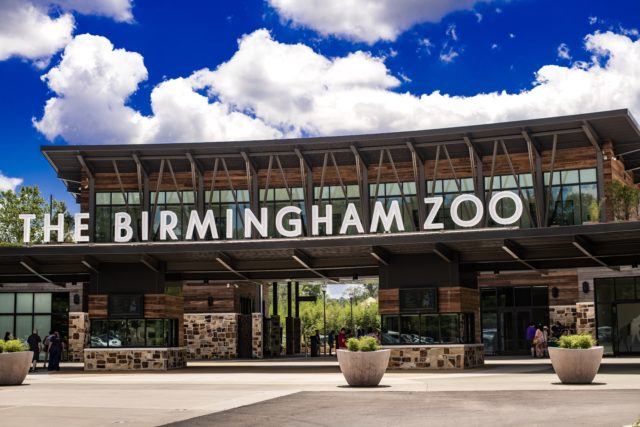 Conservation is a huge part of the Birmingham Zoo’s mission.

“We’re working to let people know that zoos really work to save species in the natural world, all around the world,” said Roger Torbert, Birmingham Zoo Vice President of Education.

One Birmingham Zoo initiative involves working with a conservation group based in Bullowa, Zimbabwe, through the Chipangali Wildlife Orphanage, a collaboration that features three programs.

Carnivore Conservation. This project involves research on large carnivores, such as leopards and hyenas, north of Bullowa, Zimbabwe, in the Matobo Hills.

“We actually [travel to Zimbabwe], trap the animals, put GPS collars on them, and then track them. … We use that data to form opinions and get information about their normal range, where they’re interacting, … and things of that nature,” said Torbert, adding that the zoo sends staff and a study group every year or so from local universities then goes out into the field to participate in ongoing research; the zoo provides funding through its conservation initiative and may purchase GPS collars.

Environmental Programs Involving Children, or EPIC Kids. Zoo officials go to local schools in Zimbabwe and introduce children to animals they may have negative thoughts about. For instance, the zoo may take a python and talk about how important they are to the ecosystem.

“We go through … particular animals, talk about them, and give them an environmental conservation focus,” Torbert said. “I think we’ve interacted with 200,000 students in the past … five years or so.”

“[Students] can actually see the work that’s being done in Africa, ask questions, and interact with researchers in the field,” said Torbert. “That’s part of the EPIC Kids programs, too. We’ve expanded it to have a more global approach.”

The Birmingham Zoo has different levels of connections, including work with a jaguar research facility in Belize and a rhino facility in South Africa.

“We’ve got a lot of different connections around the world and in our backyard, too,” said Torbert.

As part of the Birmingham Zoo Passion into Conservation Action (PiCA) program, employees may submit conservation research projects that the zoo will fund; after applications are reviewed and narrowed down through a selection process, individuals are awarded grants to fund their chosen projects, according to the Birmingham Zoo website. Anyone who works at the zoo for more than a year full-time—whether a zookeeper, educator, or secretary—can apply for a grant to go anywhere in the world to work on a conservation project.

“Everything we do for the guests to come and have a great experience, everything we do with education is all to help conserve wild places and wild things,” he said. “The planet is changing, and we’ve got to slow that change down and help people understand that everything we do affects the planet one way or another.”