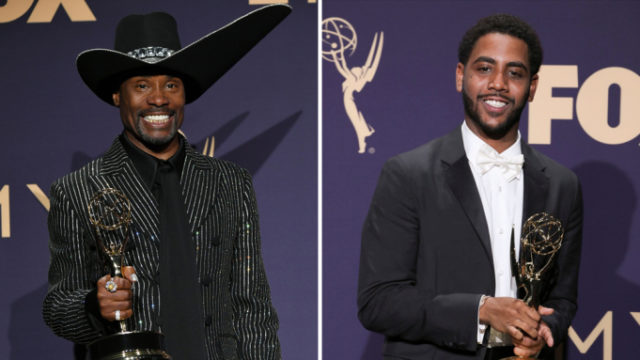 Porter, a first-time nominee, became the first openly gay man to win an Emmy Award for best actor in a drama series for his role in “Pose” playing the character Pray Tell on the FX drama series.

He beat out nominees that included Bob Odenkirk, Jason Bateman and Kit Harington.

Jerome won The Emmy Award for best actor in a limited series or TV movie for his role on “When They See Us.”

The 21-year-old Jerome got a rousing standing ovation at the Microsoft Theater in Los Angeles as he accepted the award for the Netflix series about five young black men accused of raping a white woman in New York’s Central Park in the 1980s.

Jerome paid tribute to those men to end his speech, saying “this is for the men known as the Exonerated Five.” He gave the names of the five, who are in the theater and rose to their feet, and shouted out the name of the one he played: “Korey Wise!”

Among the winners were:

Actor, Limited Series or Movie: Jharrel Jerome, “When They See Us”