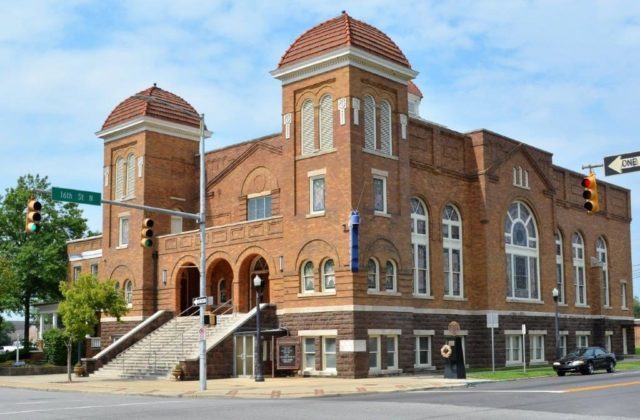 The National Park Service (NPS) has added the Sixteenth Street Baptist Church to its network of protected sites and programs.

The AACRN was established to honor the sacrifices made during the Civil Rights Movement, and to ensure the protection of its history through the preservation of key landmarks.

“Not a day goes by that I don’t think about Addie Mae Collins, Cynthia Wesley, Carole Robertson and Denise McNair, the four little girls whose lives were tragically taken in the Sixteenth Street Baptist Church bombing during our nation’s struggle for civil rights,” said Sewell. “The sacrifice of these four little girls and of the countless courageous Foot Soldiers of the movement has given me the strength and courage to pursue my own dreams. I am deeply committed to preserving these historic spaces in the hopes that their stories will inspire boys and girls for generations to come, just as they have inspired me.”

Rev. Arthur Price, Pastor of the Sixteenth Street Baptist Church said, “The Sixteenth Street Baptist Church is honored to be named as part of the National Park Service African American Civil Rights Network. This will help us to continue the preservation and restoration of the church. The church is more than the building, it is a place where lessons were taught, lives were touched and this land was transformed.

“We are grateful to Congresswoman Sewell for her tireless advocacy on our behalf and for fighting daily for the preservation of our culture’s history. We count it a privilege to continue to show the world God’s redemptive power in the midst of human struggle and the tragedies endured here in Birmingham during the Civil Rights Movement. This will ensure that the church’s legacy remains strong.”