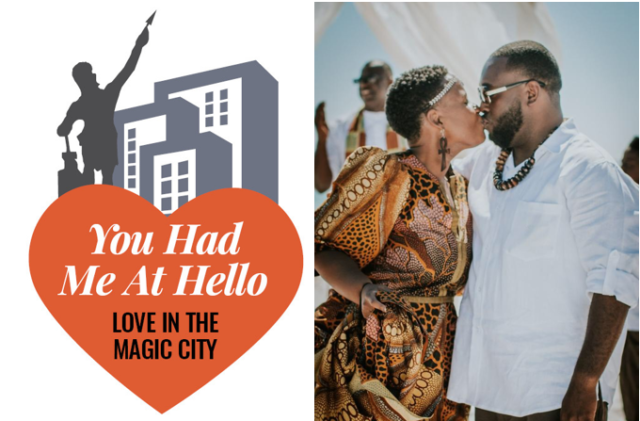 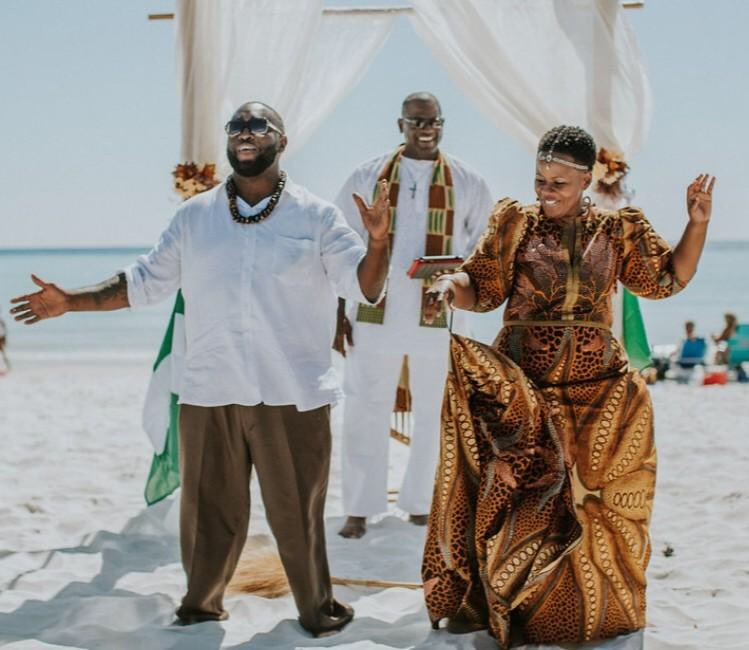 Met:  This couple first met in 1987 – while attending Lincoln Elementary School Smithfield, Tonya was 10 and Marieo was 11. “We were in the band together, I played trombone and she played the clarinet,” Marieo said. “She came on to me, she wrote me a letter asking me to check “yes” or “no” if I liked her.”

The two even recall their “first date”. They went to a Martin Luther King Day program at the Alabama Theater and were escorted by Marieo’s mother Willie Mae. They stayed together through middle school before going their separate ways.

“We ventured off and went to different high schools, then 19 years ago (December 2000) I went to Walmart one day and saw his mom in there, and she told me I need to call Marieo and that we need to talk,” Tonya said. “I said he probably got somebody now, and his mom said ‘no, he’s single’. So we exchanged numbers (Tonya and his mom) and he called me the same night.”

First date: With nine years of distance between them, in 2000, Marieo who was the father of two, invited Tonya over to catch up. That night they went out on their first adult date at Milo’s in Forestdale.

“Our first date was really informal,” Tonya said. “I saw the potential…when I saw him I thought he had grown up and thickened up because he was really, really skinny in elementary and middle school,” she laughed. “I loved his dark skin, he was a winner.”

Marieo recalled their reintroduction – and the Milo’s burger.

“Yeah, she put me on to something [new]…I almost overdosed on burgers that night because I had never had one and they were so good,” he laughed. “I thought she grew up as well, she turned into a beautiful woman…she had cut the Jheri curl off.”

Tonya insists that she did not have a Jheri curl.

The turn: Marieo and Tonya had a long time lengthy pre-existing friendship and connection. Their families knew each other and were all from the Smithfield neighborhood. Once they rekindled, the pair realized they had lost nothing but time. “It was pretty instant, we always liked each other and got serious that first night we met back up when my mom gave me her number” Marieo said.

“I believe in giving things a chance and it gave me [being with Marieo] an opportunity to be a mom early on. I’m a subtle person and I liked the challenge,” Tonya said.

The proposal: Marieo proposed to Tonya at Bonefish Grill in Hoover, at their daughter’s birthday dinner in May of 2016.

“I was saying I was having a birthday dinner for our daughter, and I had told some of her family and my family that I was going to do it. I had them put a TV up [in the private dining room] because I made a slide show of pictures of her and my daughter and at the end of it, Bugs Bunny came on with a carrot and I said ‘this carrot is forever’, and I handed her a 2 carat diamond ring… When I pulled the ring out, everybody knew what was going on, I didn’t even ask her to marry me, she just started crying and I had to hold her up. I knew that meant the answer was yes,” Marieo said.

“I was totally surprised,” Tonya said, “he had everybody there, my family and friends from out of town… He was behind me because he was running the video, and I didn’t think nothing of it, but when Bugs Bunny came on at the end, I thought that was odd,” she laughed, “then he pulled the ring out and said this carat lasts forever, and I was like ‘yes, we’re about to make it official.’ It was amazing, it was very thoughtful, he’s over the top like I like it. We had been together for so long that our engagement pictures were in referee costumes, and our theme was ‘it’s official like a referee with a whistle’.”

The wedding: The couple wed in Destin FL, on Santa Rosa Beach. It was officiated by pastor and first lady, Jerry and Charla McClain of King of Christian Center in Pelham. They had an African themed wedding and the primary colors were yellow and chocolate.

Most memorable for the bride was “probably us doing the wedding dance with the wedding party on the beach. We danced to ‘Treasure’ by Bruno Mars,” she said.

Most memorable for the groom was seeing the dress made for his bride. “It was a African dress and she had on a headwrap, and she was glowing. It took my breath, I was like, look at my queen,” Marieo said.

The couple stayed and honeymooned on the beach for a couple of days after the wedding,

Words of wisdom: Prayer and compromise sustain a marriage, the couple said.

“Those that pray together stay together and that’s how it’s been,” Marieo said. “I don’t like arguments, and I don’t participate in them. I let it [the moment of disagreement] pass and we come back together.”

“To overcome obstacles and challenges, somebody in the relationship has to bend,” Tonya said. “Sometimes you have to accept the apology that you may not get… As far as communication, Marieo is more silent, I’m the talker. I talk through the situation and he listens and then we compromise and move on.”

Tonya, 42, is a Midfield native and attended Wenonah High School. She works for Blue Cross Blue Shield of Alabama in Hoover, as a Customer Relations Specialist and co-owns Tarez Kitchen with her husband.

Marieo, 44, is a Midfield native and attended A.H. Parker High School. He is a business owner, co-managing Tarez Kitchen, and vending their salsa at local and regional events.