At the start of this decade, the Miles football program was hardly on the radar when discussions were held about which school would win the Southern Intercollegiate Athletic Conference (SIAC) title in a given season.

Fast-forward to the end of the decade and there can’t be a conversation about who the best team is in the SIAC without saying Miles. Donte Edwards (three touchdowns) and the defense dominated on both sides of the ball Saturday to help the Golden Bears win their second consecutive league title with a 21-6 win over Albany State in the SIAC Championship Game.

The win set the school record for victories in a single season. Miles became the first team in the SIAC Championship Game era (since 2011) to win consecutive league titles and the first school to win consecutive titles since Tuskegee ended a run of four straight titles in 2009. The Golden Bears (9-2) also closed out their dynastic decade of dominance with a fourth championship in nine years – three of them since 2015 – to go along with five Western Division crowns in that span.

Miles still has more work to do. In the opening round of the NCAA Division II Playoffs on Saturday, November 23, the Golden Bears, No. 7 seed, will visit Lenoir-Rhyne, the South Atlantic Conference Champions and No. 2 seed in Hickory, N.C. This is the second time in school history, joining a trip the team made in 2012, that Miles has been to the Division II playoffs.

Against Albany State on a field slowed by a wet turf, Miles turned to a power ball rushing attack that featured Edwards (26 carries, 105 yards) and Justin Ruiz (23 carries, 95 yards). It took most of the first half but the Golden Bears finally hit the jackpot when Edwards burst in from 1-yard out to cap a 15-play, 80-yard drive with just 1:11 left before halftime.

Miles would take that 7-0 lead into the break but the defense would start the second half with a bang. Ozzie Williams, Jr. intercepted a Kelias Williams pass and returned it to the Albany State 39-yard line. After Ruiz covered the first 32 yards (five runs and a reception), Edwards barreled through the Golden Rams line for the final seven yards to push the Miles advantage to 14-0 less than six minutes into the third quarter.

Albany State had a few chances. On the ensuing drive, the Golden Rams pushed the ball down to the Miles 11. But the SIAC’s No. 1 red zone defense was up to the task and forced a 33-yard field goal attempt that Gabriel Ballinas banged off the right upright to keep the shutout intact. But at the start of the fourth quarter, Albany State finally struck paydirt, converting a fourth-and-4 with a 17-yard touchdown pass from Williams to Ralph Iovett. Ballinas missed the extra point but it was 14-6 with the entirety of the fourth quarter to go.

The touchdown was the first Miles had allowed since the loss to Central State on Oct. 26. The defense made sure it stayed that way, snuffing out the vaunted Albany State run game to the tune of just 111 yards – more than 100 yards below its per game average.

After forcing a punt, Miles got the ball back with 5:12 left on its own 49. Facing a fourth-and-1, Edwards plowed ahead for five yards and a new set of downs. Quarterback Daniel Smith, who struggled throwing the football, then followed with his best play of the game. He stormed up the middle on a quarterback keeper for 27 yards. From there, Edwards finished the job – and the Golden Rams – on a 10-yard touchdown run with 3:08 left that provided the final margin. 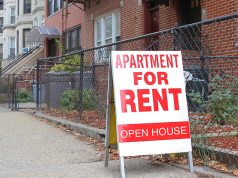