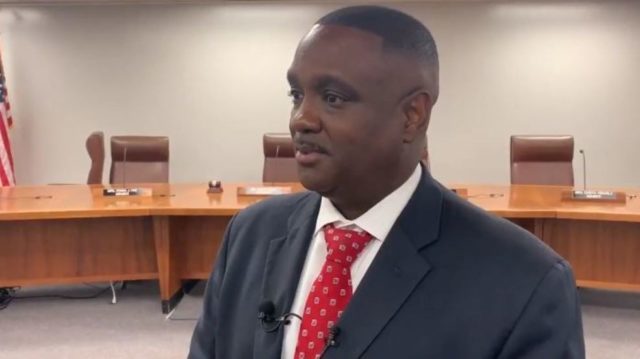 The Jefferson County Board of Education on Thursday appointed Walter Gonsoulin Jr., Ph.D. to lead the school system, the first African American to become permanent superintendent.

“It is an honor to serve this great school district as superintendent. I want to thank everyone for all they have done and I am looking forward to expanding the educational opportunities for our 36,000 students,” Gonsoulin said.

“I’m so happy to be able to appoint Dr. Gonsoulin,” Jefferson County board of education Vice President Ronnie Dixon said. “He’s a man of faith, and a man most recognized as being a remarkable leader. His energy and passion for Jefferson County schools is obvious. We appreciate it.”

The board of education had advertised the opening throughout the past 30 days, where in which just one applicant applied: Gonsoulin

“The fact that only one candidate formerly applied should not be construed as a lack of interest for the position, but rather as other applicants undoubtedly realized that after his appointment as interim superintendent that Dr. Gonsoulin was the right choice to lead the Jefferson County school system for the foreseeable future and elected to not apply for the job,” Dixon said.

Gonsoulin, an educator for more than 20 years, joined the Jefferson County school system in 2017 as a deputy superintendent of school and community support. Prior to that, he served as superintendent of Fairfield City Schools for five years, which was a job he took in 2012 after moving from an assistant superintendent’s post in Starkville, Mississippi.

Trussville Tribune contributed to this report