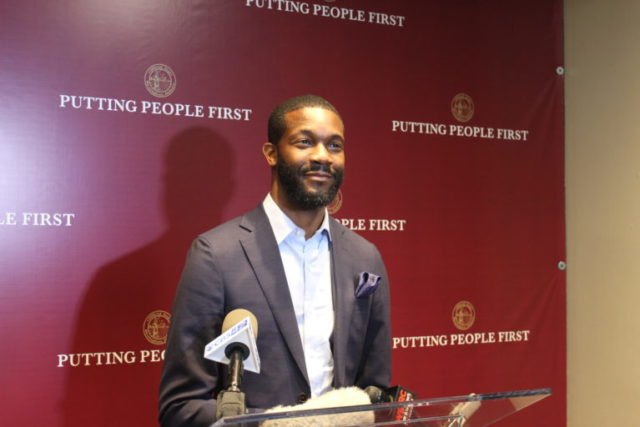 This week, Birmingham Mayor Randall Woodfin begins his third year (Nov. 28) in office and is wasting no time rolling out initiatives for the second half of his term.

On Monday, Woodfin, elected in 2017, announced the Pardons for Progress initiative which provides an opportunity for individuals to apply for relief from the marijuana conviction to remove a potential barrier for employment.

Pardons for Progress will allow individuals previously convicted in the city of misdemeanor possession of marijuana to apply for a pardon.

“We have a focus on prevention and reentry as we support enforcement but as many people continue to come out of prison and come to our community we need to make sure they have opportunities,” he said.

During a recent interview with the Birmingham Times, Woodfin, who likely will run for re-election in 2021, said he also has a number of other plans for the upcoming third year. Among them:

“We inherited a $50 million back log of paving streets and in the first two years, we’ve [set aside] $13 million so even if the next two years we put the same amount, that sits right at the half of the $50 million back log which means we have a long way to go,” he said. “We have to finish paving streets, repair potholes, we have to continue to execute the sidewalk plan. We have to continue investments in our neighborhood parks, continue to focus on decreasing crime and we have to bring more grocery stores.”

On Nov. 20, a Publix grocery store opened in District 7 at the Lakeshore Pavilion shopping center, located at the southwest corner of Lakeshore Parkway and Shannon Wenonah Road, which will allow residents to have access to healthier foods. Also recently opened is a Central Market opened at the Birmingham Intermodal downtown where residents can buy fresh fruit, vegetables, eggs and honey.

Woodfin said he would like to see a healthy grocery store option come to Districts 1, 8 and 9.

The mayor would also like to see more residents become gainfully employed.

“Thirty-seven hundred more Birmingham residents are employed today than when I got in office and I want to see that number continue to go up so we’re going to continue to focus on workforce development,” he said. “We’re starting with the Birmingham Promise with the apprenticeship model. We want to have the problem where we have more employers who have created slots than we have students to fill them. We start with our youngest generation making sure there is gainful employment while they’re in high school.”

“That includes several things. One is we need a more robust recycling program,” said Woodfin. “We really need the EPA [Environmental Protection Agency] to come through on some of those environmental justice issues, particularly in the North Birmingham area as it relates to redevelopment, relocation or remediation. These are things that are important. We really need to be more aggressive in regards to sustainability even if it’s something as small as recycling and I would like to see us be more efficient in how [the city handles trash.]”

The third year will also include the mayor’s first Water Works Board appointment. The deadline to apply for the empty board seat on the Birmingham Water Works Board has been extended to Dec. 9. Interviews are scheduled to begin mid-December and a decision should be made by late December.

While the mayor looks ahead he can’t forget some tougher losses in his second year.

Birmingham Police Sgt. Wytasha Carter was killed in the line of duty in January; 4-year-old, Jurnee Coleman, was shot in the Marks Village Housing Community and recently 3-year-old Kamille “Cupcake” McKinney was kidnapped and killed.

“Sgt. Carter being killed is a moment that is shocking and just awful, it’s moments like these that I don’t even know what to say but those have been some very tough moments, not just for me and this administration but for the community,” the mayor said.

“A 4-year-old little girl who is just walking downstairs to get something to drink out of the refrigerator and a bullet enters her home and enters her skull and to see her on life support at Children’s Hospital and then not make it, that’s tough,” he continued. “To stand before the community after you felt you’ve done everything to return a 3-year-old to her parents just to learn that some adults did some inhumane, very cruel things that you can’t even imagine… is devastating. These are things that there is no playbook for. These are things you can’t control but at the same time your community looks to you to respond to.”

Woodfin said he knows the pain of losing a loved one. Both his brother and nephew were killed.

While there is no playbook for dealing with grief, the mayor said it’s important to learn from those moments and find ways to make sure he and his administration can prevent it if at all possible.

“We look to our officers and how they engage in an investigative style to make sure of their safety when they have to engage a possible suspect. I look to PSA’s [Public Service Announcements] as it relates to parents being aware of where their child is and how do we promote and communicate to parents that unfortunately there are vultures out here in the community that are not a part of the safe village to help raise your child,” he said. “How do we communicate to the public about child care around being more protective? On one hand, it’s being the rock but on the other hand it’s learning lessons and then compensating by over communicating to the public so that doesn’t happen again.”

Some of the highlights of Woodfin’s second year in office include launching the Birmingham Promise, continuing neighborhood revitalization, establishing a Healthy Food Fund and a decrease in crime, he said.

“Before we got here there were some projects that have just been in the cue like the [downtown Birmingham] Central Library staircase, [neighborhood parks such as Wahouma Park and Wylam Park and the recently opened One Pratt Park] … a lot of these which had been in the cue for years so I’m glad to see that in Year Two we finished these projects. I think another example would be people can see we’re paving streets . . . we have repaired over 27,000 potholes.”

On December 3, Woodfin will present “The Big Picture: Looking Back, Shaping Tomorrow” which will offer a more expansive look at what his administration has done in its first two years.

For example, $14 million has been set aside in the fiscal 2020 budget for neighborhood revitalization which includes demolition, street paving, weed abatement and the Birmingham Land Bank Authority, which returns vacant, abandoned and tax-delinquent properties back to the tax rolls.

Another highlight is the reduction in crime. As of November 5, homicides are down 9.1 percent, assaults are down 13.3 percent, robberies have dropped 18.6 percent, shots fired have lowered by 16.5 percent and total violence has dropped 14 percent and more than 1,700 guns have been taken off streets, according to the city.

“Chief Smith has come on and has addressed gun violence and November 2019 versus November 2018, year to date, all crimes against persons have had a double-digit decrease,” Woodfin said. “Homicides, felony assaults and all other types of violent crime has decreased which is very good for our community or for that child or grandchild to play outside and feel safe.” 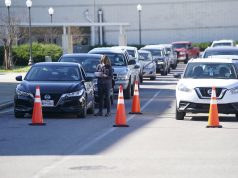 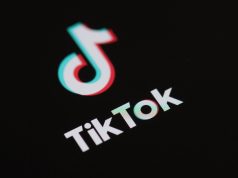 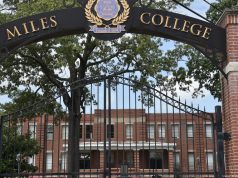