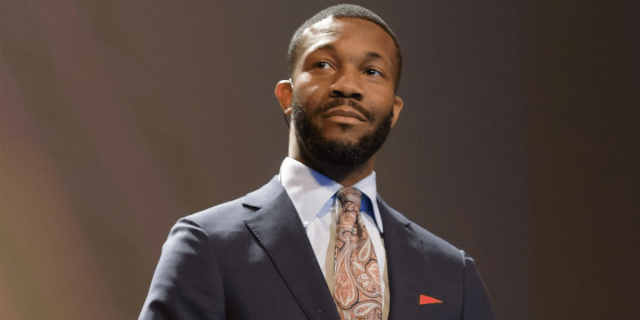 Birmingham Mayor Randall has endorsed Joe Biden for the 2020 Democratic Party presidential nomination because Biden “would view mayors as his partners in the campaign and he would view us as partners in the White House,” Woodfin said. “That’s important to me.”

Woodfin announced his endorsement weeks after the vice president met with a group of Southern black mayors representing millions of voters in key early primary states.

Woodfin said he left that Atlanta meeting in November convinced that Biden is the best choice to defeat President Donald Trump and lead the country.

Woodfin’s endorsement was the latest amid a scramble among the 2020 candidates to shore up support with mayors.

Late 2020 entry Michael Bloomberg — the former mayor of New York whose philanthropy has supported mayors across the country with training and millions of dollars in funding for city initiatives — has secured the backing of eight mayors since entering the field last month, including black mayors in Southern cities with large black populations whose voters could factor into the primary contest. Philadelphia Mayor Jim Kenney endorsed Massachusetts Sen. Elizabeth Warren in October.

Woodfin said the role of mayors as candidates and proxies for candidates this cycle is notable.

“As mayors as executives, we have to deal with issues every single day,” Woodfin said. “Regardless of the size of their city, it’s important to to take their candidacies seriously.”

Mayors — and particularly black mayors across the South — could play a major role on the early calendar. Alabama is a Super Tuesday state and is one of four Southern states on the ballot March 3, including North Carolina, Tennessee and Virginia. All have significant black populations.

“We can acknowledge that 72 hours after South Carolina is Super Tuesday,” Woodfin said. “Since 1992, whoever wins South Carolina wins a majority of the Southern states. Embedded in that math is people. Black women … are the base of the party, and we must respect that.”

Woodfin represents a city with a metro area population of 1.3 million that is 74 percent African American. He was among four black Southern mayors who issued an open letter earlier this year to 2020 Democratic hopefuls seeking their support, calling on them to address priorities including affordable housing, climate change, health care and criminal justice.

One of the letter’s signers, Mayor Steve Benjamin of Columbia, South Carolina, was among Bloomberg’s early endorsers.
Specifically, Woodfin pointed to Biden’s work on infrastructure under President Barack Obama and his continued support for the Affordable Care Act as reasons for his endorsement. Alabama is among the states that did not expand Medicaid, and Woodfin’s city has the country’s fourth-largest public hospital and a 29 percent poverty rate.

Woodfin added that next year’s U.S. Senate race — with embattled Democrat Doug Jones fighting for reelection — and the 2020 fight in legislatures over redistricting could all be helped by a Biden candidacy.

“You need somebody at the top of the ticket who can help down ballot candidates and expand the map nationwide,” Woodfin said. “From all the evidence I’ve seen, Vice President Biden gives us the best chance to do that.”

Still, Woodfin said it will be important for Democratic mayors to come together after a hard-fought primary to galvanize the electorate in their respective cities to defeat their common enemy.

“Speaking with one voice behind one candidate is going to be important,” Woodfin said. “When you think about the different mayors who have endorsed, we all agreed with us writing that letter, that didn’t mean all of us would endorse the same candidate. When the primary’s over, I expect all of us to come together. As mayors, we’re all still in this together.”