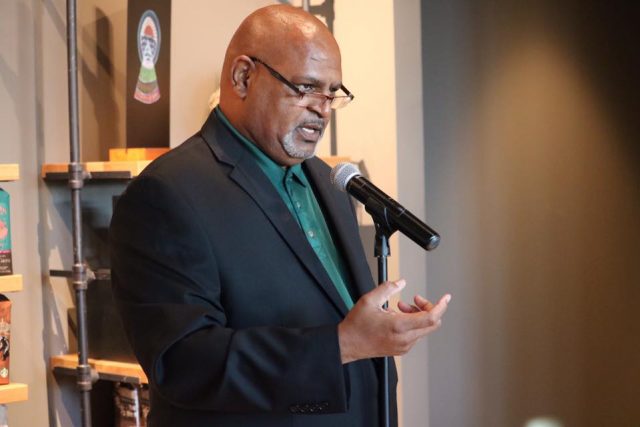 By Cody Owens
Office of the Birmingham City Council

On Saturday, January 18, the Southern Christian Leadership Conference (SCLC) will be holding their annual gun buyback program at St. Joseph’s Baptist Church, among other events planned over the weekend. The gun buyback will take place from 8 a.m. to 11 a.m.

Following a presentation by Bishop Calvin Woods and representatives with SCLC at Tuesday’s Birmingham City Council meeting, Hoyt made a motion declaring events held between January 17 and 21 as a public purpose, which would allow for additional funding. Hoyt then pledged $5,000 from his discretionary account to fund events surrounding Martin Luther King Jr. Day.

“The SCLC has done this over the years as a way to deter violence in our communities,” Hoyt said. “This year I wanted to try and help because violence seems to be at an all-time high. So I wanted to do what I could to help in those efforts.”

For Hoyt, it’s more than just a single event, it’s about building partnerships between the City and local organizations who are working to reduce youth violence.

“I work every day in the court system as a court advocate with the Dannon Project,” Hoyt explained. “Anything we can do to prevent our young people from getting their hands on a gun and landing in our penal system, I believe it’s our obligation to do that. We know that guns are too available and we’re trying to tackle what we can to prevent our young people from killing one another.”

Each year, roughly 36,000 Americans are killed by gun violence – an average of nearly 100 a day. It comes as no surprise that Alabama consistently ranks in the top 10 of states with the most gun deaths.

Bishop Woods said the annual event, which coincides with Martin Luther King Jr. Day, is a way to reach out to Birmingham’s youth and show them violence will not solve their problems.

“If you are striving to work for God, the mountains get high the roads get rough and rocky sometimes. But you have duties, obligations and responsibilities,” Woods said. “It’s on us to help stop the senseless killings in our communities. This is a way we can do that and reach out to young people.”

With the help of financial contributions from local partners the SCLC will be able to offer up to $50 for their guns.

“I don’t have any problem with people having guns to protect their homes,” Woods said. “But there are simply too many guns out on the street. We’re trying to take them back and empower our youth in the process.”