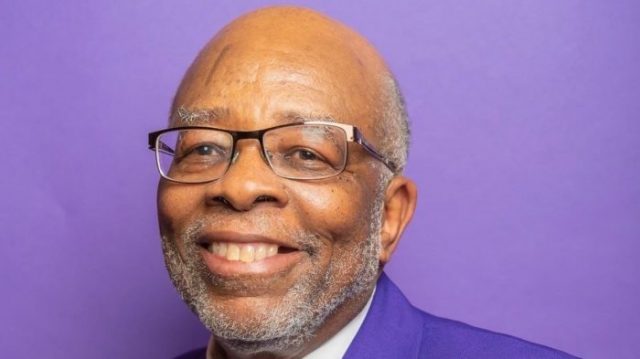 By Erik Brady
The Undefeated

VIENNA, Va. — They laid Roscoe Nance to rest last week in L.A. He delighted in telling people that’s where he was from. He’d wait for them to say something nice about Los Angeles and then hit them with the punchline.

That story elicited lots of laughter at his funeral services in the First Baptist Church of Vienna in Northern Virginia. Roscoe’s family and friends laughed and cried in equal measure at a rollicking service that fairly vibrated with the goodness that he brought to this world.

They did it all over again at Wayman Chapel A.M.E. Church in Union Springs, Alabama, Roscoe’s hometown. Yes, they’re giving Roscoe a doubleheader. And as one of the great sportswriters of his generation, that’s just what he deserves.

Roscoe died on Jan. 9, at age 71, surrounded by loved ones in his home in Herndon, Virginia. He had faced prostate cancer with characteristic courage, grit and grace.

Roscoe covered the NBA and soccer and so much more for USA Today newspaper for more than 20 years. Before that he made history — and covered history — as Mississippi’s first African American sportswriter at a mainstream newspaper, The Clarion-Ledger in Jackson.

That one was Gunslinger versus Godfather — Mississippi Valley State coach Archie “Gunslinger” Cooley versus Alcorn State coach Marino “Godfather” Casem. Guess who gave them those memorable monikers? That would be one Roscoe Alphonso Nance, better known to his friends as Sco.

“The first person I saw when I walked off the field was Roscoe. And instead of saying, ‘Tough day, coach,’ he said, ‘What happened to The Tunnel Defense? The tunnel had a train in it today.’ ” — MEAC commissioner Dennis Thomas

Roscoe reveled in nicknames. Thomas, the MEAC commissioner, remembers one that Roscoe bequeathed to Alcorn State’s vaunted defense when Thomas was coaching there. Roscoe dubbed it “The Tunnel Defense” — because you go in and don’t come out.

“That’s Roscoe, he just had a gift,” Thomas told the congregation, “a God-given gift.”

Then Thomas recounted how the next season Alcorn State gave up something like 40 points in one game.

“The first person I saw when I walked off the field was Roscoe,” Thomas said. “And instead of saying, ‘Tough day, coach,’ he said, ‘What happened to The Tunnel Defense? The tunnel had a train in it today.’ ”

The church erupted in laughter, not least because everyone seated in those pews could picture the look that so often accompanied Sco’s best lines — those dancing eyes and that Mona Lisa smile, with lips curling at the corners ever so slightly.

Roscoe was born on Dec. 8, 1948, in Enterprise, Alabama. (This was entirely fitting because enterprise stories would be among his many specialties as a sports reporter.) The family moved a couple of years later to Union Springs, where he was a Boy Scout and Little Leaguer.

By the time Roscoe was in high school he had a column in the Union Springs Herald called Sco’s Weekly Tips. In college, he was sports editor of The Campus Digest at Tuskegee University and a member of the ROTC. He was commissioned a second lieutenant in the U.S. Army on graduation and spent three years as a platoon leader at Fort Benning, Georgia.

In 1975, he joined The Enquirer in Columbus, Georgia, as a sportswriter. Next came The Clarion-Ledger, and then USA Today. Even after he retired from newspapers, he kept his own freelance writing business, called Nance Inc., and joined the world of podcasts.

All of which is professionally impressive, but doesn’t begin to tell Roscoe’s full story. He had half a dozen eulogists in Virginia — and more in Alabama — and each told of a different facet of a life well lived.

Julian Purvis told how Roscoe worked through the Omega Psi Phi fraternity to lift up communities in need.

Susan Alger of the Embry Rucker Community Shelter in Reston told how Roscoe arrived at the shelter one day to ask what he could do to help — and how he was soon running an annual winter-coat drive that provided warmth for body and soul.

Lee Ivory, who worked with Sco at USA Today, told of how some of the biggest names in sports “absolutely revered Roscoe Nance,” but how you’d never know it to talk to him. “We all know Roscoe was humble,” Ivory said, “and didn’t brag on his accomplishments. … That was Roscoe. Low-key, not loud, but he was always churning, whether it was work or his community of friends and family or his beloved Omega Psi Phi.”

Lonza Hardy told stories about the halcyon days when Roscoe covered Jerry Rice and Willie Totten and many more in the Southwestern Athletic Conference (SWAC) and how his reporting “elevated their stature and helped them become future legends.”

Roscoe covered the SWAC with such passion and expertise that he would one day be inducted into its Hall of Fame — a first for someone who was never an athlete, coach or administrator in the league.

“I am surprised and humbled,” Roscoe told the Union Springs Herald at the time. “But I remember something that Archie ‘Gunslinger’ Cooley told me. He said, ‘If you work hard, someone will notice you.’ ”

Roscoe Nance is survived by his wife Willye, son Keith, daughters Rahkia and Riva, and three grandchildren, whom he was coaching up in what he dubbed Grandpa Sco’s Basketball Camp, still dishing out nicknames in his dotage.

“All of these words have been used to remember and honor a man known for his kindness, wit, candor and dogged determination,” the program says. “But Roscoe Nance really was who his trademark ring tone ‘Groovy People’ described:

“Give me the simple life

“Full of fun and joy