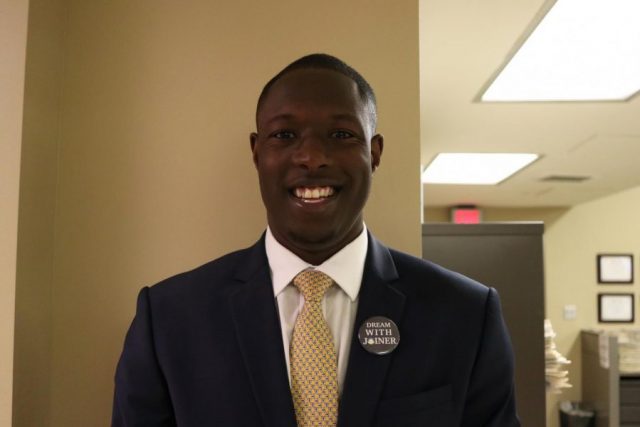 Two days before the release of the 2020 SGA candidates, Jack Baron, chair of the Elections Board, said there will be one candidate running for the presidential seat at a mandatory candidate meeting Wednesday in North Lawn Hall, Room 1015. The Crimson White confirmed the sole candidate is Demarcus Joiner, current Vice President for Diversity, Equity and Inclusion.

The last time a presidential candidate ran unopposed was in 2013.

The CW received an email through a verified anonymous source confirming Joiner’s candidacy. Joiner sent the email to the source Wednesday morning asking to come speak to a campus student organization of which the recipient is a member. The email’s subject line read, “Demarcus Joiner for SGA President.”

“My name is Demarcus Joiner and I am running for President of the Student Government Association,” the email read. “…I would like to come speak to you and the members of [redacted] at some point during the campaign regarding my platform.”

The senate and executive candidate forum will take place March 1 at 4:30 p.m. Since Joiner is the sole candidate, the forum’s structure will shift.

“This year there is no one running against the presidential election so we are just going to do a Q&A forum with that single candidate and those questions will be created by the Elections Board,” Baron said. The presidential Q&A will be at 6 p.m.

Joiner did not confirm his candidacy in a statement to The Crimson White Wednesday night.

“As both a member of student government and a public servant, I am honored to serve this student body in my current capacity as the Vice President for Diversity, Equity, and Inclusion,” he said in an email. “Any inquiries regarding the candidates for the spring elections should be directed to the Elections Board.”

The official candidates will be announced Feb. 21. The one-week campaign period begins Feb. 24 and the election is March 3.