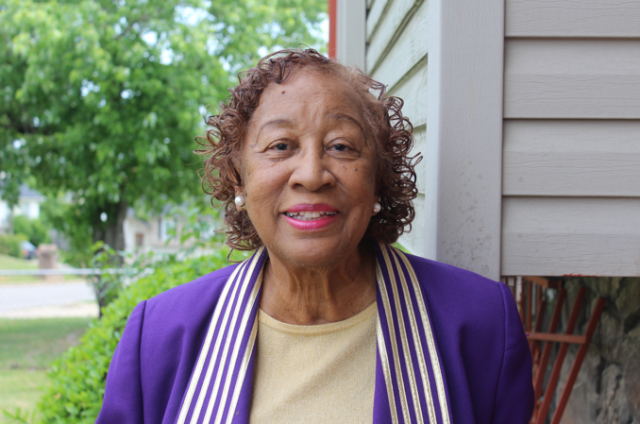 Dr. Mable B. Anderson, founder of the Village Creek Society (VCS), died on Sunday, March 1. She was 89.

Dr. Anderson grew up in the frequently flooded neighborhood of Moro Park in Ensley, and once told The Birmingham Times that when it rained the water would swell as high as three feet in the house where she was raised.

“One time, daddy had to cut a hole in the ceiling to get our family on the roof,” Dr. Anderson told The Times. “When it would rain badly, everyone knew to get out early. Eventually, my dad had the house raised. Water wouldn’t get in the house, but you still had to worry about cars and other houses. That happened throughout my growing up years.”

Those memories stayed with Dr. Anderson even after she left the area to pursue her education.

After returning to Birmingham in 1977, she saw that families were still dealing with the flooding—and she decided to do something about it. She established the Village Creek Human and Environmental Justice Society Inc., commonly called the Village Creek Society (VCS), which initially conducted rescue efforts by getting get residents out of the area through canoes and boats.

VCS, was founded in 1980 and incorporated in 1999 to address the extensive flooding of the Village Creek watershed. The group’s mission is to improve the entire length of the creek to benefit the 300,000-plus residences, businesses, schools, and churches in the area.

Dr. Anderson was born in 1930 and graduated Birmingham’s A.H. Parker High School at 16 years old. Between 1950 and 1985, she amassed several academic achievements.

After graduating from Parker, Dr. Anderson wanted to attend Howard University, “but I already had two sisters at Hampton [University] and one at Tuskegee,” she recalled. Dr. Anderson said her parents asked if she didn’t mind going to Tuskegee until her sisters finished at Hampton, “then I could go to Howard.”

Dr. Anderson agreed, and she didn’t wait for her sisters. She finished at Tuskegee in three years, receiving a degree in education.

“I took as many as 27 hours a semester, and I finished college when I was 19,” she said. “I liked it, and I was into everything. I wasn’t just a bookworm. I attended conferences, joined clubs. I am thankful for everything Tuskegee provided for me.”

After college, Dr. Anderson was hired for a high school teaching position.

“I didn’t like it,” she said. “I wore high-heeled shoes and dark clothes to look old. I was trying to get my respect because it was hard for students to respect me because I was so young.”

Wanting to do more than teach, Dr. Anderson returned to college to get her master’s degree. She enrolled at Michigan State University.

After receiving a master’s degree in supervision and sociology, Dr.  Anderson decided she wanted to get back into teaching, so she went to Grambling University and became a teacher trainer in education.

Mable Bell married Furman Anderson in 1958. The two were married until Furman died in 1999.

By 1960, Dr. Anderson decided to attend Penn State, where she became the first African-American to receive a doctorate in developmental psychology. After receiving her doctorate, Dr. Anderson continued to teach at several colleges. She also established graduate programs in early childhood development at both Tennessee State University and Western Kentucky University, where she was ranked as full professor.