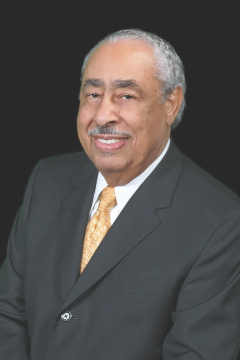 Erskine Ramsay Faush Sr, the Birmingham preacher and radio broadcaster known as the man with the “sweetest voice this side of heaven,” has died. He was 88.

For decades, Mr. Faush combined his preaching talents as pastor of the Metropolitan A. M. E. Zion Church in Birmingham with his flair for broadcast during his Gospel Cavalcade on radio station 900 Gold WATV. He became a legend both in the ministry and on the airwaves.

Erskine “Chuck” Faush Jr. said his dad was the “preacher’s preacher, the broadcaster’s broadcaster and the servant leader’s leader. Just as Rembrandt painted masterpieces and Beethoven scored music [the elder Faush] voiced hope, inspiring a city for more than 50 years,” Faush Jr. said. “The icon has signed off the air.”

The senior Faush began his radio career in 1950 when he was recruited to work as a part-time announcer. Already serving as a preacher, Mr. Faush welcomed the opportunity as another way to share his ministry. Most notably, his program gave hope and inspiration to hundreds of African Americans in Birmingham during the Civil Rights Movement. He and his broadcasting partner, Shelley Stewart, have been described as “cornerstones of Birmingham black radio.”

Shelley and Mr. Faush went on to partner as radio station owners and operated Birmingham Ebony Broadcasting—“the authentic voice for African Americans in Birmingham”—for nearly 20 years until they sold WATV-AM to Sheridan Broadcasting in 2004.

Following the sale of WATV, Mr. Faush continued daily to be a voice to the voiceless and pastor to the sickly over the airways with the legendary “sick call.” Longtime friend and founder of the American Gospel Quartet Convention, George W. Stewart, once said of Mr. Faush, “He paved the way for all of us in the ministry and media.”

Mr. Faush graduated from A.H. Parker High School where he was also an assistant band and choir director. He earned his bachelor of arts degree from Faith College and a master of science at Alabama State University. He studied broadcast communications at the University of Denver and graduate studies at Alabama Agriculture & Mechanical University in urban planning and community planning. He also completed a master of divinity from Union Seminary and a doctorate in divinity from Livingston College in Salisbury, North Carolina.

Other business roles and responsibilities include builder and chairman of Faush-Metropolitan Manor, a housing development for the elderly in the Woodlawn community; president of E&W Management Corporation, a property management company; and president of ERF Productions, a promotion company for African American colleges and universities; and president/co-owner of Birmingham Ebony Broadcasting Inc.

The family is planning a virtual celebration of life and asks for prayers and sharing of fond memories for an icon whose legacy will forever live.