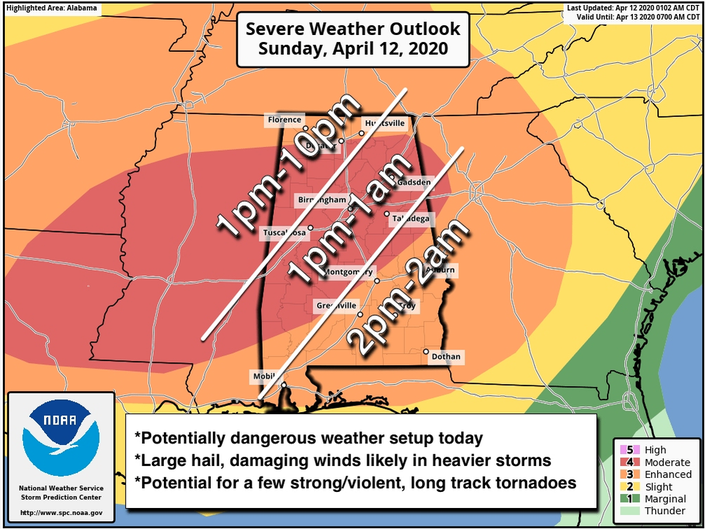 BIRMINGHAM, AL — Easter Sunday in Alabama became wet and windy, as severe thunderstorms and tornadoes traveled through the state into Monday morning. The National Weather Service in Birmingham issued a tornado warning and a severe thunderstorm warning for Jefferson County that was effective until 10 p.m.

A tornado was spotted in Jefferson County near Dora around 5 p.m., prompting a tornado warning for the county until 9 p.m.

Another tornado touched down near Bessemer around 8:45 p.m., according to reports from the NWS, as residents of the Bessemer and Hueytown areas were warned to shelter in place.

The NWS reported earlier in the day that the severe weather threat would not end until the squall line passes between 10 p.m. and 2 a.m., depending on location.

“As the trough to the west intensifies and pushes east, showers and storms will form over eastern Mississippi and Alabama by early evening,” said meteorologist Bill Murray. “These storms will very likely become severe as well, with damaging winds, large hail, and strong, long-track tornadoes. A QLCS, or squall line, will push through during the late evening and early morning hours, exiting East Alabama around 2 a.m. The QLCS will be accompanied by damaging winds, hail and more tornadoes.”

Wind damage in Walker, Tuscaloosa, Jefferson, St. Clair and Blount counties were all reported at some point during the night. No fatalities had been reported as of Sunday night. 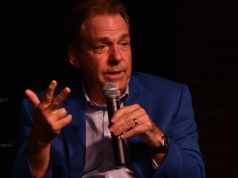