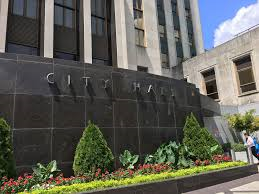 The City of Birmingham has launched Count Me In Birmingham to raise awareness and increase completion of the 2020 Census.

Every 10 years, the federal government attempts to count every person living in the United States. The 2020 Census is how the federal government determines how much funding should be issued to a state and city to support public schools, healthcare, housing, food, and infrastructure improvements such as roads and transportation.

Currently, less than 50 percent of Birmingham residents have completed the 2020 Census. With so much at stake it is imperative that citizens participate online, by phone, or by mail.

“The 2020 Census is absolutely essential to the growth of our community,” Mayor Randall L. Woodfin said. “Providing accurate Census numbers helps ensure we are provided funding to address needs like affordable housing, important street and sidewalk projects, and internet or broadband connectivity. What literally takes a couple of minutes of your time to complete provides a lifetime of support to our communities.”

As part of the launch of Count Me In Birmingham, a video message from Woodfin can be viewed at https://youtu.be/U2oFXdz3btg.

Neighborhood leaders, churches, radio personalities and social media influencers have united to use their platforms to meet people where they are in this massive effort to get out the count.

Comedian and hometown hero Jermaine “Funnymaine” Johnson is serving as the campaign’s ambassador. As a son of the city, Funnymaine has always been committed to empowering people with information and tools they need to help shape their future.

The last day to self-respond online to the 2020 Census is August 14. The process is confidential, safe, and simple.

Meanwhile,Rep. Terri Sewell (AL-07) released a new report prepared by the staff of the Committee on Oversight and Reform and Subcommittee on Civil Rights and Civil Liberties urging residents to complete their 2020 Census forms now and detailing the dire costs of an undercount for Alabama’s 7th Congressional District.

“This new report makes it clear: Ensuring that Alabama’s 7th Congressional District is counted during the 2020 Census is critical to the future of our community, from funding for education to roads, housing and so much more,” Sewell said. “Of course, the coronavirus pandemic has added additional challenges to securing an accurate 2020 Census count, especially given the fact that many parts of our district have limited access to reliable, high-speed internet.”

“However, the pandemic has also highlighted just how important each response is to our district. Every person who gets counted brings in $755 per person in federal funding for health care, and an undercount of just 1 percent would result in the loss of $5.2 million for our state,” Sewell continued. “To ensure that our community has the resources we need for the next decade, we must work together to make sure that every resident in Alabama’s 7th Congressional District counts.”

Data collected by the census is used to determine how much funding the district receives for critical services like education, medical care, foster care, roads, public transit and job programs. Census data also helps local governments enhance public safety and prepare for emergencies. Alabama is also at risk of losing one of its seven congressional seats, muting the state’s voice in Washington.

The new report details that if there is just a 1 percent undercount in the 2020 Census, the 7th District stands to lose:

According to Census Bureau estimates, the 2010 Census potentially failed to count up to 101,800 Alabama residents. If the state experiences a similar undercount in 2020, the state could lose up to $1.6 billion in federal funding over the next decade.

Rep. Sewell urges households in the district to fill out their 2020 Census forms right away by going online at https://2020census.gov, calling 844-330-2020, or filling out the forms they received in the mail. The 2020 Census has only 12 questions, does not ask about citizenship and is completely confidential.