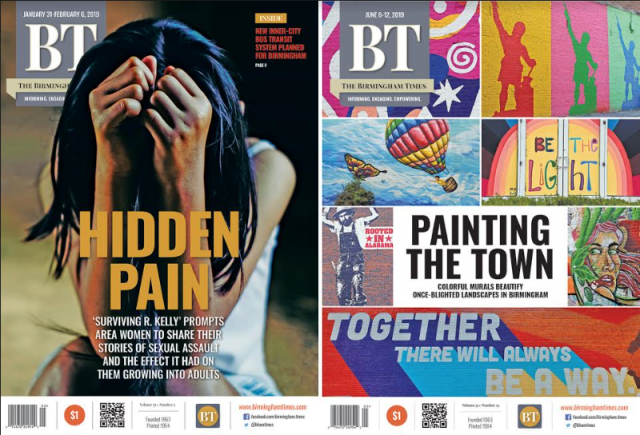 The Times won a total of 10 awards including 3rd place for General Excellence.

The winning story for Best News Feature was titled “Hidden Pain: Surviving Sexual Abuse” and written by freelancer Je’Don Holloway Talley. The series of articles shared the stories of Birmingham-area women and their experiences of how sexual assault had an impact on them as they grew into adults.

Talley began her series: “Gone are the days of silence and shame in the face of sexual assault and misconduct. America is slowly adapting to a new narrative for survivors of sexual abuse—one that empowers, vocalizes, and offers cathartic relief.”

Since The Birmingham Times was rebranded in 2016 the media publisher has won nearly two dozen journalism awards in national and state contests including 1st place awards for General Excellence; Best Feature Story and Best Layout and Design.

“I am excited to be recognized by the Alabama Press Association for the work we do here in Birmingham,” said Sam Martin, president and publisher of the BTMG. “Our dedicated team of editors and journalists work hard every day to inform our community and it’s good to see that work recognized by others. We congratulate and thank our Times team and the support we have received from readers.”

The Birmingham Times was recognized by the APA in these categories: