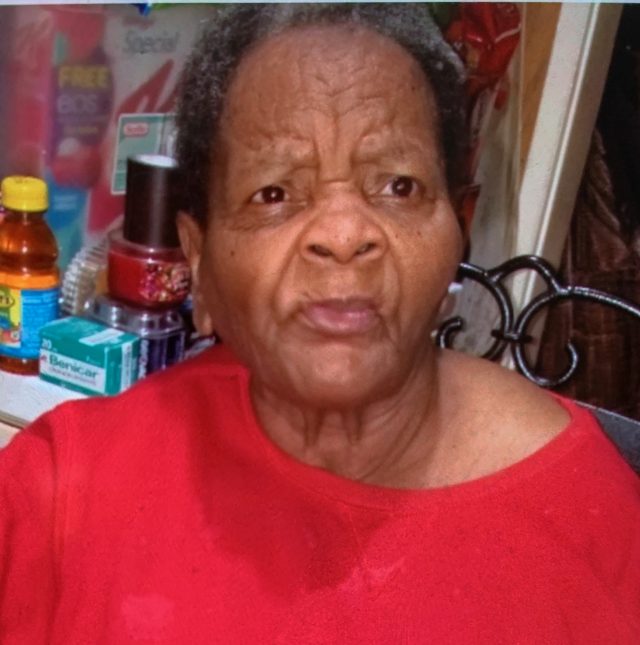 Birmingham Police are asking for the public’s help in locating a missing 81-year-old woman.

Monday marked one week since Irene Campbell disappeared from her home and her family said she suffers from dementia. She was last seen on June 15, at 1208 43rd Street North in East Birmingham.

“Mrs. Campbell was wearing denim capri pants with a black shirt with multicolor writing and pictures on her shirt,” said Sgt. Rodarius Mauldin, Birmingham Police Department Public Information Officer, during a press conference at the Police Administration Building downtown. “She suffers from a medical condition that impairs her judgment and we’re all worried in that sense and want to bring her back home safely to her family.”

Family and friends have searched each day in the Woodlawn and Kingston communities, as well as surrounding areas looking for Campbell. Mauldin said BPD has also conducted multiple searches with K-9 and tactical units.

Mauldin said they do not suspect foul play.

Family members also made a plea for help in finding Campbell.

Chirrelle Moore, Campbell’s daughter, said, “I’m asking if you see her walking, she might be stumbling and she’s very weak right now because she hasn’t had her medicine in a week, and God knows I don’t know if she ate anything or not, but I’m praying and asking God wherever she is, that He has His guardian angels over her, watching her. That’s my mother and I love her dearly and I’m praying for her safe return and I ask that you all pray with me.”