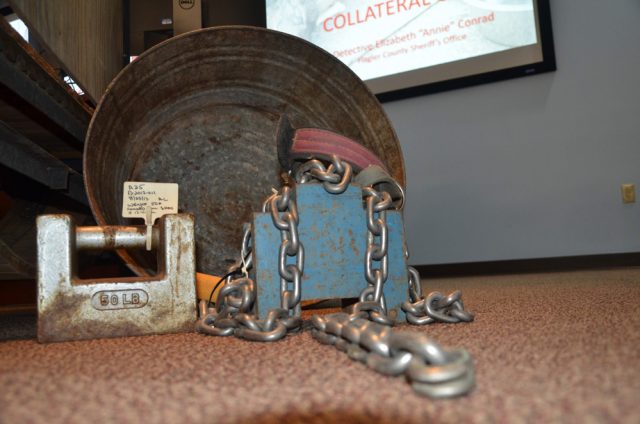 The Birmingham City Council on Tuesday unanimously amended an ordinance to prevent animals from being inhumanely tied up outside their residences.

Councilor Hunter Williams, chair of the Public Safety Committee, said some residents were using chained dogs “as cheap alarm systems” and after he received complaints, he checked city ordinances. Williams offered amendments to an existing ordinance that would make it illegal to use a chain to secure an animal to a tree or another place on property.

“Those animals need to be kept within a fence and it will also be illegal to have any type of tethering of an animal while the owner of that property is not home,” Williams said.

Under the amended ordinance approved Tuesday, owners will now be required to provide a running line for their animal and “the tether must be attached to a properly fitting collar or harness worn by the dog.”

The ordinance also makes it illegal for dogs to be tethered for more than eight consecutive hours.

Williams said the new ordinance speaks to responsible pet ownership. “If you’re not going to take proper care of that animal then that person does not need to have that animal. In our past ordinance, our law enforcement was not able to enforce it to the extent they needed too so this makes it very cut and dry.”

If found in violation, owners will be given a $150 fine for the first offense and the second and third offense within a 12-month period will carry fines of $250 and $400, respectively.