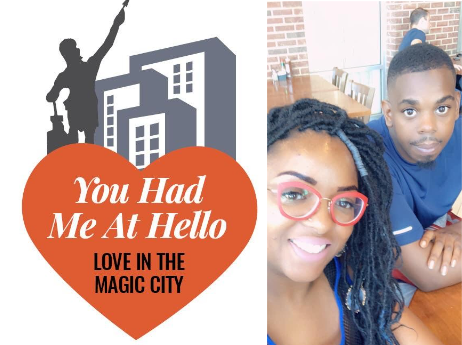 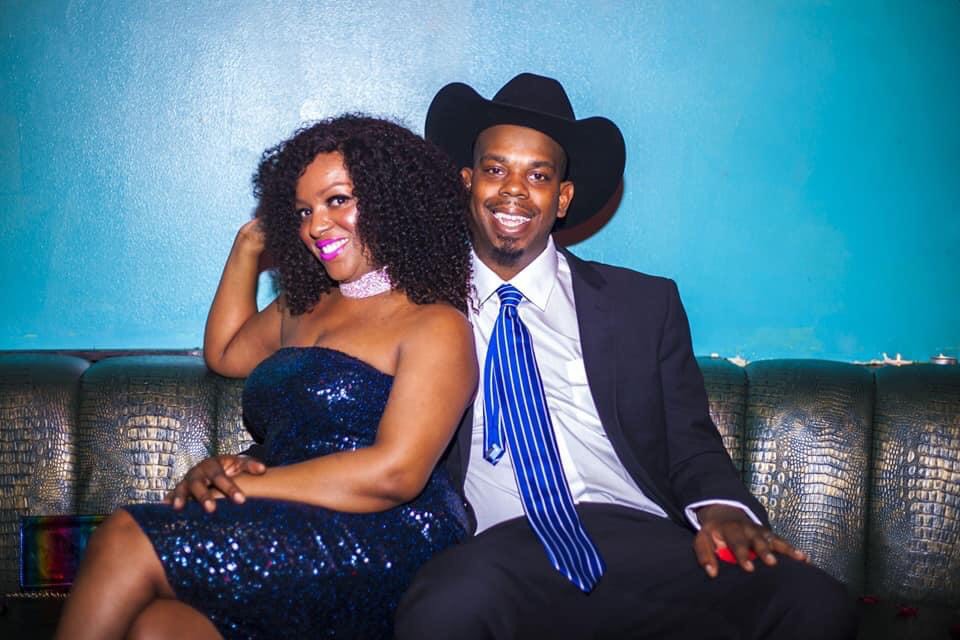 Met: August 2008 at T-Mobile Call Center in Hoover. Timothy interviewed LaToya for a job. “When I interviewed LaToya, I thought she was attractive, but she seemed like a firecracker, I didn’t know if I wanted her on my team…,” he laughed. “I told another manager he could have her on his team because she might be a little feisty.” She was hired immediately “and later in 2010 she ended up on my team and we started flirting,” Timothy recalled, “… she was beautiful to me so I definitely broke the rules and took the risk to date her and it was definitely worth it.”

LaToya remembered what she would do to get Timothy’s attention. “I would unplug my computer and make it seem like I was having issues or log out of my computer to make him come over and help me,” she laughed. “But one time we were in a coaching meeting and he was playing Alicia Keys’ ‘I’m ready’ and [Timothy began flirting back],” LaToya said. ‘We couldn’t really date [openly], so we had to be [innovative] about where we spent time.”

First date: April 2010, at Timothy’s apartment in Hoover. To avoid being seen together in public Timothy prepared a breakfast spread at his apartment.

“I got in there, and he had cooked a spread, sausage, eggs, bacon, and waffles, and I don’t even like eggs, but I ate them,” she laughed. “We started learning each other’s background and I liked him, he could engage, he was good at conversation. We sat there for hours sippin’ on mimosas and having a good time.”

Timothy said, “I knew that being a supervisor could make things weird and uncomfortable, but I made sure there wasn’t [open, engaging conversation] … I wanted her to have a good time. The conversation was good, I enjoyed getting to know her.

The turn: Summer 2011, after the pair had spent time together at family gatherings and away on trips, LaToya began to notice that “everything came together like a puzzle. I knew from the trips we took we were in sync. We were always having fun, there was never a dull moment. He was responsible, caring and nurturing, he always wanted to make sure I was ok… I knew I was ready to settle down with him,” LaToya said.

The proposal: December 22, 2011 at Liberty Park, underneath the replica of the Statue of Liberty.

“LaToya had no idea I was going to propose, I told her we were going out for one of our rides, we used to ride out and listen to music…,” Timothy said. “We took a walk around the park and when she turned her back to look up at the stars, I got down on one knee and when she turned back around she saw me with the ring and I proposed.”

“It was December and freezing, I thought [Timothy] was crazy when he said we were getting out of the car to walk around,” LaToya laughed. “But I went along with it and followed him [into] the park and I stopped to [start gaze], that was one of our things we liked to do…  And when I turned back around he was on one knee with a ring. I couldn’t even get any words out, tears just started coming out my eyes. Finally, I was able to get myself together and I said ‘yes.’”

The wedding: At Harvest Community Church in Pinson, officiated by Pastor Mike Jones. Their colors were royal blue and silver.

Most memorable for the bride was the lighting of the unity candles.

“We lit four candles individually and the last candle we lit together… and the words Pastor Mike spoke about lighting the last candle together and what it signified made it real for me. It was like ‘this is it’, we’re about to be one once we light this candle. It made me think about really becoming a woman, I now have a husband,” LaToya said.

Most memorable for the groom was the significance of lighting the unity candles as well. “My mom passed away when I was eight years old, and we had a candle that we lit up there for her too, and as I lit her candle, I remember thinking that I wish she was there to see it instead,” Timothy said. “But then I started thinking of the time I spent with LaToya’s mom, I remember thinking that at least I gained another mother.”

Words of wisdom: “Listen to understand instead of listening to respond. If you can master that you can make it,” said Timothy. “That’s the biggest advice I could give because it’s really important to understand [your partners] point of view and see where they’re coming from. Don’t be quick to anger, slow down, and listen. If you don’t over talk your partner, you can reflect and see some things that you could’ve done differently…,” he said.

LaToya said, “Make sure you continue to do some of the same things that you did in the beginning, date your spouse. Trips and dates are important because it keeps the bond strong, you’re there with each other so you have to communicate,” she said. “Also, take time for yourself so you don’t lose yourself. You don’t want to look up one day and wonder who you are.”

LaToya, 36, is an Ensley native and Huffman High School grad. She attended Jacksonville State University where she earned an associate’s degree in communications. She is an accountant at Simple Tax Solutions which she co-owns with her husband. She is also founder and co-owner of Mind Your Assets Tax School in Roebuck with partner Shanequa Lewis.

Timothy. 36, is a West End native and Ramsay High School grad. He works and co-owns Simple Tax Solutions with his wife. During the COVID-19 health crisis, the Meadows are still working at Simple Tax Solutions.  “We’re doing drop offs and teleconferences, but we are still in the office,” said LaToya.