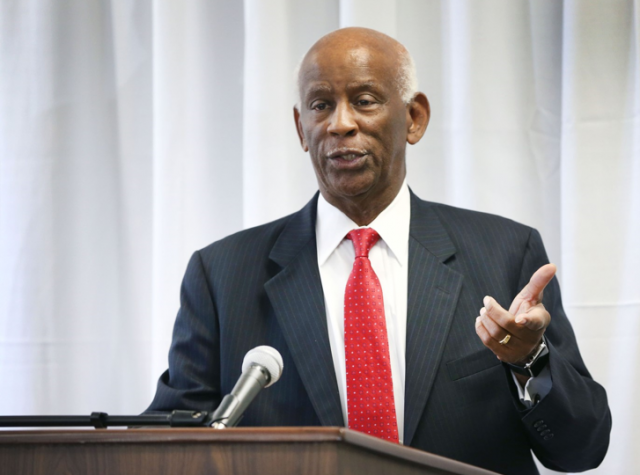 Ward’s retirement closes a chapter of leadership that began in 1987.

“Lawson State has been a part of my life, as well as that of my wife Ann and family, for the last 33 years,” Ward said in a statement. “Not a day has gone by that I have not thought about what I could do to improve the institution and make it better for students.”

In a letter released Saturday, Ward said it was a difficult decision but now is the time to “explore the opportunities that may exist in Chapter II . . . it’s been a real struggle to make the decision to leave one of my true loves in life.”

Under Ward, the college’s prominence rose to national and international status. In 2013, Lawson State was the no. 5 Best Community College in the nation (Washington Monthly), rising previously from  no. 39.

Also, in 2011, Ward was recognized at the White House as a ‘Champion of Change’ for the college’s impact on the community and the approaches and solutions in advancing educational and workforce opportunities.

In recognition, President Barack Obama visited Lawson State in 2015 where he held a round table discussion, in which Ward was a participant.

Ward earned a B.A., from Miles College, a M.S.W., in Social Work and a Ph.D., in Educational Administration/Higher Education from the University of Alabama.

​In his statement to the Lawson State family, Ward wrote, “I have thoroughly enjoyed working with you, and I will miss the opportunity to interact with you as you continue to make Lawson State an even better place.”