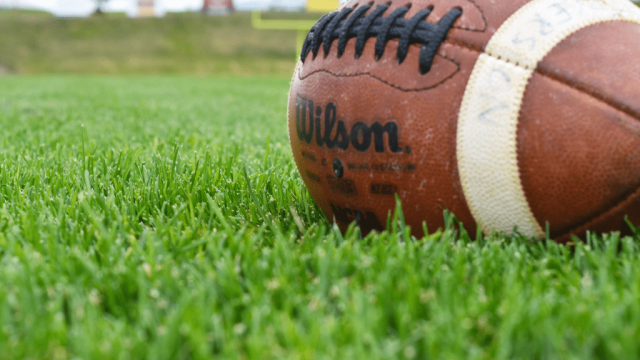 Football fans in Birmingham will have to wait to see the next David Palmer, Sam Shade, Olanda Truitt or Quinnen Williams. Each played youth football in the Magic City before going on to college and even professional stardom.

Birmingham Park Board this week effectively shut down city-based leagues with its decision to not lease its parks to youth football programs out of concern for the novel coronavirus.

At its regularly scheduled meeting on July 15, the board unanimously voted to not allow for the playing of youth football in city-operated athletic facilities and parks.

Additionally, the TR3 Youth Sports Alliance – named for co-founder and former University of Alabama running back Trent Richardson – plans to kick off its inaugural season this fall. One of its programs, at Central Park in western Birmingham, is affected by the park board decision, which prohibits youth football games, clinics or practices on fields under the authority of Birmingham Park and Recreation during the COVID-19 pandemic.

Montal Morton, president of Birmingham Park Board, said it wasn’t a difficult decision because the safety of children comes first.

Metro Football League President Henry Williams said officials of his league submitted some proposals they were going to try to implement to keep children safe.

“I don’t know if they were even looked at or not,” he said. “But what they did or as far as shutting the league(s) down and not letting them play, I mean, we can’t do too much to try to keep these kids safe or anyone else with this virus going around.”

Williams expressed doubt that the proposed measures would have prevented the spread of the virus at member parks.

“How are you going to social distant 5-, 6-, 7-, 8-year-old children?” he asked, acknowledging that even children have become sick from the virus or related ailment. “I don’t want to be the one who’s been called in, saying, ‘Coach, you need to go in and offer your condolences to a parent where the child got sick or died with COVID-19. I don’t want to have that conversation.”

“It’s going to be something to not have little league football during the season,” Plump said. “But for the health and welfare of all of our children, that’s good. I’m glad to see that.”

Plump said the Park Board’s action affects only those leagues and programs within Birmingham’s city limits, particularly those who lease Birmingham city parks for practice and games. While other leagues in the metro area may play, he said Magic City programs will not pick up games with other leagues.

The youth football season was scheduled to start in early August and continue through November, ending with winning teams participating in Metro’s Shug-Bear Bowl or Magic City’s Eddie Robinson Bowl. Each was to have been played at Legion Field Stadium.

A.G. Gaston Boys and Girls Club of Birmingham is one of the programs that is part of Metro Football League. While it has moved to its new location on the Birmingham CrossPlex campus, Williams said the boys and girls club still has its own playing field at its former home on South Park Drive.

Similarly, the Huffman youth football program plays at a facility that is not administered by Birmingham Park and Recreation. And while these programs could play on their own fields this season, Williams said, “I wouldn’t. I would stay within the realm of the Metro association. If city parks couldn’t play, I wouldn’t play either.”