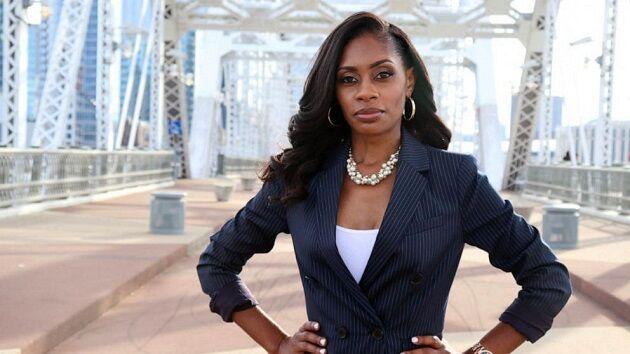 (WASHINGTON) — Keeda Haynes believes she brings a unique perspective to the race for Tennessee’s 5th Congressional District. After spending over three years in prison for a crime she says she didn’t commit, she hopes a spot in Washington will allow her to speak for vulnerable constituents — and make a little history as well.

The primary election, which is slated for Aug. 6, has no Republican in the race so the winner will almost certainly be elected to Congress come November.

“I have a unique perspective that a lot of people don’t have. … I’ve been a defendant and defender,” Haynes told ABC News. “I really saw just how this war on drugs really decimated Black and brown, low-income communities.”

Along with supporting criminal justice reform and the Black Lives Matter movement, the 42-year-old Haynes is also passionate about issues such as providing access to affordable housing, raising the minimum wage and reducing student loan debt.

“We are reimagining each and every system so that Black lives can matter across every single spectrum,” she said.

Haynes, who is from Franklin and later moved to the state’s capital of Nashville, was the second of five children. She graduated from Tennessee State University with a degree in criminal justice and psychology. But just two weeks after graduating college, she had to turn down a position as a legal assistant because she had to report to federal prison.

At 19, she started dating a man in Nashville for a few years and began accepting packages for his cellphone and beepers shop, she told ABC News. She later found out that those packages actually contained marijuana. She spent three years and 10 months in prison — on what was initially a seven-year mandatory minimum sentence — on charges of conspiracy to distribute marijuana.

In 2006, Haynes was finally released from prison while continuing to maintain her innocence. She went on to pass the bar exam and work in a public defender’s office for over six years.

Haynes’ advice for young Black girls hoping to follow in her footsteps is to remember that you have the ability to make the impossible possible.

“Prison did not deter me from doing what I said I was going to do,” she told ABC News. “There will be people that will tell you that you can’t do things and that things are impossible, but you have to stay focused.”

Haynes called late civil rights pioneer Rep. John Lewis, who was laid to rest Thursday in Atlanta, an “iconic figure” in the fight for justice and equality, and expressed eternal gratitude for the work that Lewis accomplished throughout his remarkable life.

“Even in the face of police violence, he still believed in something bigger and still fought for liberation. … I personally feel obligated to do this work in his name,” Haynes said.