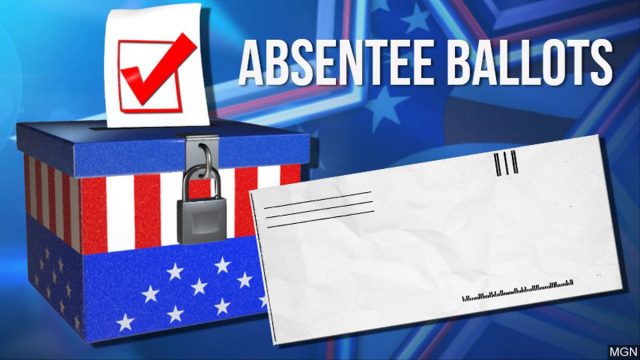 It took Democrats and Republicans to open the downtown Birmingham and Bessemer County Courthouses on a Saturday in Alabama for in-person absentee balloting ahead of the November 3 general election.

A bipartisan group of Jefferson County Commissioners on Friday voted 4-0 to open the  Courthouses.

Republicans Jimmie Stephens, the commission president, and Republican Joe Knight along with Democrats Lashunda Scales, pro tem, and Sheila Tyson voted to open the Courthouses this past Saturday, Oct. 17 and next Saturday, Oct. 24 from 9 a.m. to 1 p.m. for in-person absentee voting.

Republican Commissioner Steve Ammons was not present because of a family matter.

Long lines of citizens — more than 600 in the Birmingham Division and another 700 in the Bessemer Cut-off Division – showed up to vote, according to officials.

The decision to open was driven by concerns over the public health and safety of voters due to the COVID-19 pandemic, commissioners said.

“The right to safely vote, especially during this pandemic will not be denied to any citizen in Jefferson County,” Stephens said during the meeting. “We will adhere to the law to ensure that the integrity, security and confidence of the election process is accessible for those who choose to vote in-person absentee.”

After the meeting Scales said, “We did not want for the public to perceive this was a Republican or Democrat fight. We believe in the democratic process and because of that, it was important for all of us to speak from one sheet of music because we believe voter participation is very important.”

Knight, Chairman of the County’s Judicial Committee, said, “We expect a large voter turnout for the November 3 election. As such, the safety of our citizens and personnel working the polls remains paramount.”

Davis, who is also Chief Election Officer, and Schwarzauer, the Absentee Election Manager, said Schwarzauer’s office in Mobile County would be open the second, third and fourth Saturdays in October to offer citizens “additional opportunities to submit an absentee ballot application and/or obtain absentee election materials prior to the 2020 General Election.”

“Additionally,” they wrote in a press release distributed by both Democrats and Republicans in the Mobile County Legislative Delegation, “the Absentee Election Manager’s Office will be open [the fifth] Saturday, October 31, from 9 a.m. until 1 p.m. for voters to hand deliver absentee ballots to the office.”

Nearly 21 million Americans have already cast ballots nationwide in the 2020 election, a record-shattering avalanche of early votes driven both by Democratic enthusiasm and a pandemic that has transformed the way the nation votes.