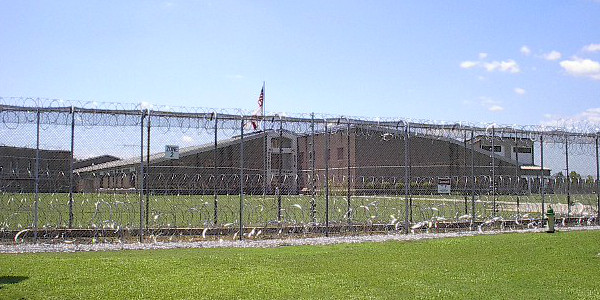 Death Traps, a new report from the Alabama Appleseed Center for Law & Justice, reveals that Black men in Alabama’s prisons are more than 3.3 times as likely to be murdered in Alabama Department of Corrections (ADOC) custody than their white peers.

Examining six years of data, Alabama Appleseed was able to identify that 37 of the 48 men killed by homicide in ADOC custody between 2014 and 2020 were Black. Appleseed documented a total of 89 preventable deaths from homicide, suicide, or drug overdose during that time period.

Alabama’s prisons have the highest homicide rate of any prison system in the nation. As a result, people in ADOC custody are more than 10 times more likely to be a victim of homicide than anyone else in the state — and Black men are particularly at risk.

This year is on track to be one of the deadliest on record for people in state government custody, with homicides inside the prison walls outpacing 2019 and dozens of additional people dying from suicide and COVID-19.

Nightmarish conditions and systemic corruption are so widespread across ADOC that the U.S. Department of Justice (DOJ) has declared the entire Alabama state prison system for men unconstitutional under the Eighth Amendment twice in the last 18 months.

“The fact that nothing has changed in that time — and that people continue to die as a result — is a scandal,” said Alabama Appleseed executive director Carla Crowder. “In the last six months, we have seen a tidal wave of righteous fury rise against police for routinely killing Black people across America.

The ADOC is the largest law enforcement agency in the state of Alabama, and it has overseen the violent deaths of dozens of Black Alabamians in their custody over the past few years alone. We believe it is important to remind Alabamians that this is not normal. Our system is failing. None of these victims was sentenced to death and their deaths in ADOC custody represent an indefensible, disqualifying failure on the part of ADOC senior staff.”

Governor Kay Ivey has responded to Alabama’s prison crisis by putting forth a plan to build and lease three new, privately-owned, mega prisons, which would be operated by the same ADOC leadership that has mismanaged Alabama’s prisons into unconstitutionality.

Additionally, these prisons are several years from being operational.

“It’s mind-boggling that the largest law enforcement agency in the state cannot protect people inside prison walls from chaotic conditions and deadly violence, yet the people of Alabama are poised to hand over $2.6 billion in our tax dollars to perpetuate these failures.” Crowder said. “We will only begin to address our prison crisis when we reckon with the racist impact of Alabama’s criminal legal system from top to bottom, and when we commit to changing the bad laws that got us here.”

“We cannot continue down the path of building new prisons and expect them to somehow not be filled with the same systemic violence and racial disparities we have seen over the past five years in Alabama prisons,” said Hannah Krawczyk, an Auburn University Public Administration student, who provided research for the report this summer during an internship at Alabama Appleseed. “The cycle of human rights violations and violence that are inflicted on incarcerated individuals in this State cannot continue. As my generation learns about this crisis, we are determined to fight for change and end Alabama’s historic disregard for Black lives in the justice system.”

(Efforts by The Birmingham Times to reach the governor’s office for comment were unsuccessful).