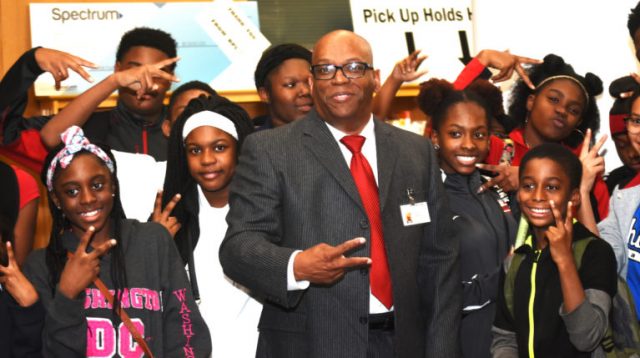 Council, who was named executive director in 2017, resigned Tuesday after consultation “with my doctor, my pastor and my attorney,” he wrote to BPL employees.

Council didn’t give a specific reason for leaving and said he would offer no comments about the culture at the library or strategic future of BPL but prays “that the City and City Council will make viable plans to support the library system for the next 100 years.”

On Wednesday, the BPL board named Janine Langston interim executive director. Langston has served as deputy director since 2019 and is a 34-year employee of the Birmingham Library.

Council, the first African American man to serve as Director of the Birmingham Public Library in the 134-year history of the system, thanked city leaders for their support which included repairs at the Central East Library and the new Wylam Branch Library.

Council’s tenure was not without controversy. The birminghamwatch.org website reported that Council was suspended for one month without pay in October by the library board. He returned back to work after his suspension on November 15.

His resignation comes just one week after library workers returned to work after being furloughed in September due to city budget cuts caused by the COVID-19 pandemic.

Nearly 160 library workers were placed on furlough in September and most returned to work this month after the city used reserve funds for salaries and health insurance coverage.

In his resignation letter Council said the library does not have an independent funding source to sustain the system without support from the city which would help “put people first in all 99 neighborhoods and 23 communities in the City.”

Prior to serving as executive director of the BPL, Council was the Central Library Administrator for the Atlanta Fulton Public Library System. A veteran of the United States Army, Council has three decades of public service, including more than 14 years at libraries across the country.

Council is a native of Shelby, Mississippi.

He did not say what he plans to do next but said he will spend the holidays in St. Louis with his children and family.

In addition to resignation from BPL, Council said he is also resigning his board seats with the University of Alabama College of Communication and Information Board of Visitors and the Community Kitchens of Birmingham Board of Trustees.