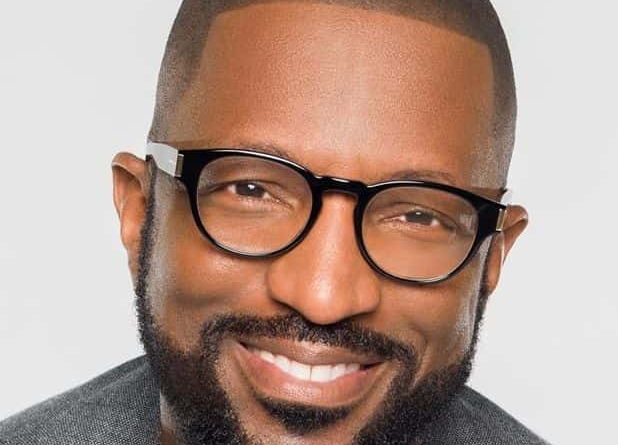 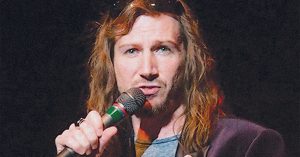 TODAY…
**COMEDIAN DARREN KNIGHT’S SOUTHERN MOMMA AND ‘EM.at the StarDome Comedy Club.
**READ THE BIRMINGHAM TIMES. Get all the latest news
**WATCH LOTS OF MOVIES …after dinner and with the family and friends.
FRIDAY…
**COMEDIAN DARREN KNIGHT’S SOUTHERN MOMMA AND ‘EM at the StarDome Comedy Club.
SATURDAY…
**SATURDAYS IN THE GARDENS at Birmingham Botanical Gardens.
**WINE DOWN HAPPY HOUR, 4-9 p.m. at Saferoom Lounge Bar.
**COMEDIAN DARREN KNIGHT’S SOUTHERN MOMMA AND ‘EM at the StarDome Comedy Club.
**FUN, GAMES, YARD AND HOUSE WORK including Uno, Monopoly, Solitaire, Shopping, Eating. Times are changing soon.
SUNDAY…
**FAMILY TIME, GOOD FOOD AND MOVIES.
**FUNNY BY NATURE COMEDY TOUR at the StarDome Comedy Club.
MONDAY…
**Head to the Birmingham Zoo GLOW WILD…enjoy the weather and the fun.
**READ A GOOD BOOK…There are a few on the bookshelves, just lying around are some to read …or you can get an e-book. Read BOOK: KING FOR A DAY that is written by RUKHSANA KHAN.
TUESDAY…
**READ A REAL GOOD BOOK…You might like the book AMAL UNBOUND that is written by AISHA SAEED! Check it out!
WEDNESDAY…
**INTERFAITH NOONDAY PRAYER SERVICES every Wednesday, Noon at Linn Park in Downtown Birmingham.
**FALL WEATHER, HOLIDAY PLANNING …THE WEEK AND WEEKEND. Looking for the weekend and thinking of what to do that depends on good weather outdoors. Getting out of the house even if going nowhere…. Take a walk if the weather is good. 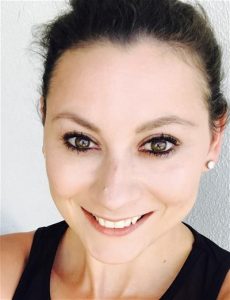 **COMEDIAN CAROLANNE MILJAVAC at the Star Dome Comedy Club.
NEXT THURSDAY…
**READ THE BIRMINGHAM TIMES. Catch up on the news!
**COMEDIAN JOHN MORGAN at the StarDome Comedy Club.
NEXT FRIDAY…
**MOVIE NIGHT: Rent and Watch movies at Sidewalkfest.com. Don’t miss  Bad Movie Marathon …and other movies at Sidewalk Cinema.
**COMEDIAN JOHN MORGAN at the StarDome Comedy Club.
FOR COMMUNITY LOVERS…
**LIFE SKILLS THROUGH CHESS MOTIVATION – Be Someone is teaching children to win by making the right choices this SATURDAY, 11 – noon. For more call (770) 465-6445 or go to info@besomeone.org.
**REP. SEWELL AND THE PASSAGE OF 2021 NATIONAL DEFENSE AUTHORIZATION ACT – U.S. Rep. Terri Sewell (AL-07), a senior member of the House Permanent Select Committee on Intelligence and Chair of the Subcommittee on Defense Intelligence and Warfighter Support, praised the House passage of the FY 2021 William M (Mac) Thornberry National Defense Authorization Act for Fiscal Year 2021 (NDAA). Sewell was also selected by House Speaker Nancy Pelosi in November – for the second time in a row – to serve on the conference committee tasked with working out the differences between the House and Senate versions of the NDAA. This bipartisan, bicameral bill complies with the bipartisan budget agreement and authorizes $732 billion in discretionary spending for our national defense for FY 2021. Sewell said Alabama is home to so many talented men and women who play a critical role in our national security, from Maxwell Air Force Base and the 187th Fighter Wing in Montgomery, to the shipbuilding industry in Mobile and missile defense in Huntsville. Democrats were successful in including numerous key priorities. Key wins in the conference report include: Altering or Removing All Names and Symbols Honoring the Confederacy or Those Who Served Voluntarily With the Confederacy From All DOD Assets, Providing A Pay Raise to the Troops: Authorizing Hazardous Duty Pay for Service Members in Harm’s Way, No Backfill of the Military Construction Funds Taken for President’s Border Wall and Requiring Improvements in Military Housing. The bill also includes several provisions authored by Sewell, and those important to the 7th Congressional District: Provision on Aircraft, Diversity Requirements for DOD, Countering Racism and Extremist Other Provisions, Sale or Donation of Excess Department of Defense Personal Property for Law Enforcement Activities, Addressing Climate Change, Provisions on Partners and Allies, Provisions on Europe and Russia and Intelligence.
FOR LOVERS OF MUSIC, ART AND CULTURAL ENTERTAINMENT… 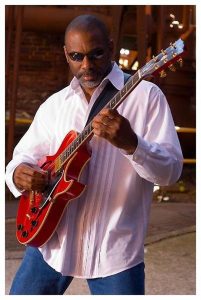 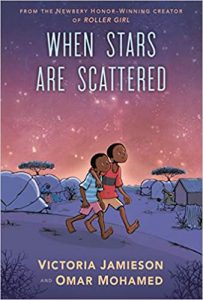 **BOOK: WHEN STARS ARE SCATTERED is written by VICTORIA JAMIESON AND OMAR MOHAMED. A truly devastating comic book. This tells the true story of Omar Mohamed, who, at the age of 4, fled Somalia with his 2-year-old brother. Together, alone, they travelled for three months to the infamous refugee/detention camp Dadaab in Kenya. After arriving, they would spend the next 17 years searching for their mother, never once giving up hope that they’d find her. Omar also dreamed of getting an education and getting out of the camp, a long and arduous path. This is brutally painful to read yet it’s accessible for ages 11+ because it’s done so expertly. Don’t miss it. 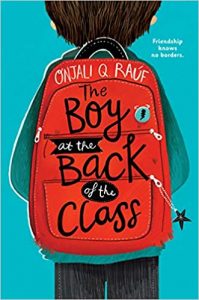 **BOOK: THE BOY AT THE BACK OF THE CLASS is written by ONJALI Q. RAUF.
Eight-year-old Ahmet has come to the UK out of desperation. He is a refugee from Syria and he’s been separated from his parents. He can’t speak English, he’s frightened, confused, and overwhelmed. However, with a little help from his friends in his class, he might be able to find what he’s looking for. Another amazing story to build empathy and understanding around a topic often misrepresented in the UK media.
**BOOK: NEW KID is written by JERRY CRAFT. Jordan Banks is in 7th grade and wants to be a cartoonist when he grows up. However, instead of going to art school he’s sent to a top-notch private school where he’s one of the few Black students in the entire school. Not only does he have to deal with bullying, he’s got to contend with casual racism from the teachers as well. It’s a really poignant graphic novel that hits home the importance of being yourself, standing out, and speaking up for yourself.
**BOOK: REBOUND is written by KWAME ALEXANDER. This is the prequel to the Newbery Award–winning novel The Crossover. It tells the story of Chuck Bell before he became the father to Josh and Jordan in The Crossover. When Chuck finds himself in trouble, he goes to live with his grandparents for the summer. There, he learns to love jazz and of course basketball, something he swore he’d never play. As his past comes back to haunt him, Chuck must decide if he’s going to be a star on the court or possibly lead a life of crime. It’s poetic and thrilling and students love it. 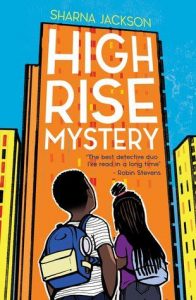 **BOOK: HIGH RISE is written by SHARNA JACKSON. Nik and Norva are sisters that live in the Tri, a high rise apartment building in the middle of London. Set during a sweltering summer heatwave, the sisters discover the body of a beloved resident. It’s up to them to discover the truth behind the murder and bring the culprit to justice. A funny, smart murder mystery with lots of twists and a sequel to boot!
FOR COMEDY LOVERS…
AT THE STARDOME COMEDY CLUB…
**TODAY, FRIDAY AND SATURDAY COMEDIAN DARREN KNIGHT’S SOUTHERN AN ‘EM COMEDY SHOW…Bang Productions presents Darren Knight’s Southern Momma An ‘Em Comedy Show featuring Comedians Red Squirrel and Gary Cargal with DJ Slim McGraw. Show is produced by John Edmonds Kozma. Darren Knight, aka Southern Momma from Munford, Alabama, is the fastest rising comedian in American history. In just a few short months, he has cultivated a massive online presence, accumulating over a half a billion views across multiple social media platforms. Darren takes his persona to the stage, selling out theaters and casinos nationwide. He’s been compared to Jeff Foxworthy, as the next star of redneck comedy. Luke Combs resident Dee Jay Slim McGraw bred on music that’s slow roasted and deep fried like his Southern roots! Slim McGraw has opened for Brett Eldredge, Lee Brice, Randy Houser, Dylan Scott, and shared the stage with The Chainsmokers, Calvin Harris, Nelly, Flo Rida among others. When in Nashville you can find him on Broadway playing at Jason Aldean’s Rooftop Bar, Luke Bryan’s 32 Bridge and Florida Georgia Line’s FGL House. Back home in Charlotte, the non-stop DJ is a resident at Whisky River owned by NASCAR legend Dale Earnhardt, Jr. He recently was honored to perform at Dale Jr’s retirement party with Kid Rock, Cole Swindell & Billy Currington.
**MONDAY…LIVE FROM THE STARDOME RICKEY SMILEY…Karaoke Night with Rickey Smiley is BACK and this time we’re bringing the fun directly to you! Join us for a NATIONWIDE live streaming event with host Rickey Smiley. Can’t make it to the StarDome to get in on the fun? Grab your virtual tickets and watch the show on the go! Enjoy incredible karaoke performances, surprise special guests, and a good time only Rickey Smiley can provide.
**TUESDAY AND WEDNESDAY…COMEDIENNE CAROLANNE MILJAVAC … Humorous. Authentic. Relatable. That’s Carolanne Miljavac in a nutshell. Carolanne is married with three kids residing in Saint Joseph, Mo. She has cultivated a massive online presence across multiple social media platforms and has become the “go to girl” for a good laugh, encouragement, loving truths, and vulnerability. Her purpose in life is to spread laughter and joy without sacrificing honesty and truth – something that has resonated with her fans internationally.
**NEXT THURSDAY, FRIDAY, SATURDAY AND SUNDAY…COMEDIAN JOHN MORGAN
**COMING SOON – COMEDIANS MIKE EPPS, HENRY WELCH, BRUCE BRUCE, RODNEY CARRINGTON, GARY OWEN and more… DON’T MISS THEM!
Well, that’s it. Tell you more ‘next’ time. People, Places and Things by Gwen DeRu is a weekly column. Send comments to my emails: gwenderu@yahoo.com. and thelewisgroup@birmi