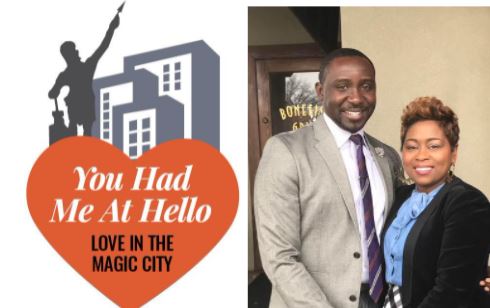 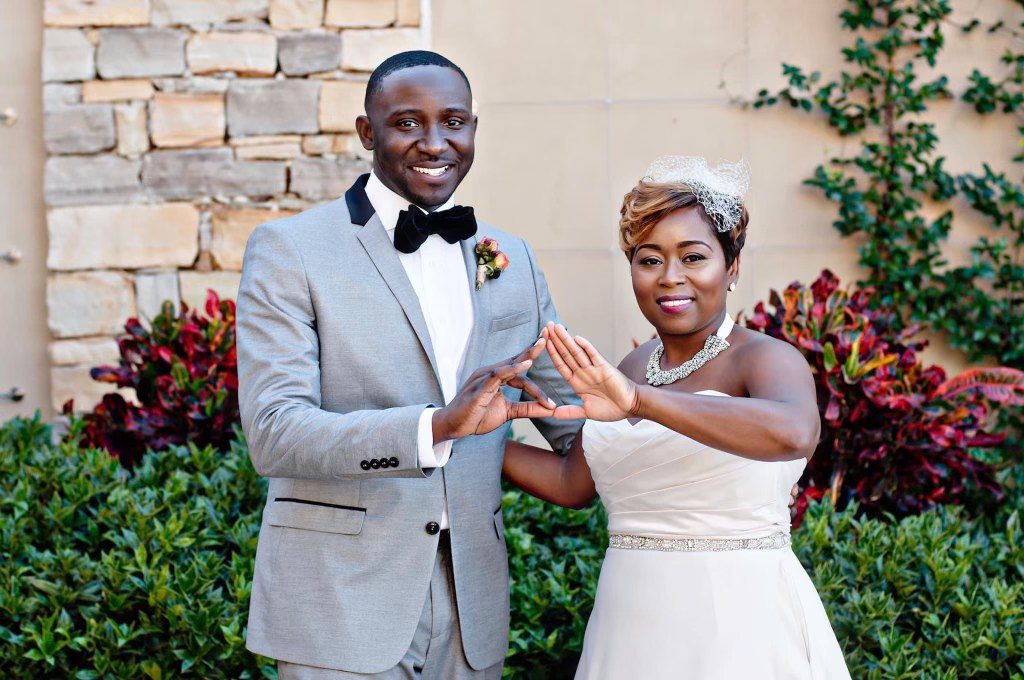 Met: In Tuscaloosa in July 2012, at Martin Luther King Elementary School. Kaneisha was interviewing for a curriculum specialist position for Tuscaloosa City Schools and Michael was on the interview panel.

“After the interview, I was on my way out the door and the school custodian stopped me and said ‘if you get the job, there’s a good guy that was on the interview panel that may be of interest to you.’”

Keneisha ended up getting the job, and for the first few months, she and Michael kept it professional. “He was very polite and helpful with this new position I was in and he was just like a little lucky charm,” Keneisha said.

“We had been working together for a few months and in October of 2012 there was a Kem concert in town, that was the first time I had asked her out on a non-professional date. I thought that she had many of the qualities that I looked for in a lady, smart and a fast learner… She was eager to grow professionally and very good looking so that was a huge plus,” Michael said.

First date: October 2012, at the Tuscaloosa Amphitheater. Michael was given tickets to the Kem concert by the custodian at MLK Elementary.

“That was my first time ever being nervous on a date because I actually really liked him. We met at his house and we drove over to the concert and when we got there we were given some VIP passes,” Keneisha said. “Throughout the date he was such a gentleman, he took the lead and I liked that about him. We sang the songs, it felt like we had been knowing each other for a while, we connected very well.”

“When I was thinking about how I wanted the night to go, I wanted it to be fun. It wasn’t intimate like having dinner, it’s a sing-along, you’re up and dancing, so it was my goal to make sure the music was right and we enjoyed the night,” Michael said.

The turn: “The turn for me was when we went on a trip to New York that spring, which is both of our favorite places to go, and we did all of the things that he and I like to do,” Keneisha said. “We enjoyed the same things and he encouraged me to live beyond some of my fears [because] I was also a single mother (of one) and he encouraged me to live a little more. We had so many things in common and we started attending and serving in the church together. He was everything that I prayed for in a man, adventurous, and sound in his thinking and judgment.”

“She was someone who was different from the people that I typically dated,” Michael said. “At the time I was a single father (of one) and she did a great job embracing where I was in my life as a single dad, and where I was spiritually and professionally.”

The proposal: June 2016, on the “rolling hillside of Ross Bridge resort,” said Michael. He prepared a picnic and hired a photographer to capture the intimate moment.

“I had an amazing relationship with Keneishia’s father and I did ask for her hand in marriage… Like any gentleman, you want your proposal to be special and memorable, so I did a picnic basket, I had a blanket, finger foods, wine . . .I shared how special she was to me and told her that after careful prayer and consideration I knew she was the one, and that’s when I popped the question,” Michael remembered, “and she said yes.”

“I had a slight idea what was about to happen because he was a little different that day, a little nervously anxious, so when he started talking and sharing why I was special to him I started crying a little bit,” Keneisha said. “It was very sweet and memorable and I liked it because it was outside and serene, we were out there by ourselves, and the photographer was hiding in the trees capturing the moment.”

The wedding: Ross Bridge Resort. Their colors were persimmon (deep orange) and deep berry and officiated by Keneisha’s cousin Bishop Reginald Jones of Greater Emanuel Temple in McCalla. Their rustic outdoor wedding made the pages of Birmingham Wedding Magazine and Alabama Weddings.

Most memorable for the bride was how everything came together: “The floral and wedding designer that we hired did an amazing job bringing our vision to life, the decor was absolutely stunning,” Keneisha said.

Most memorable for the groom was the first look. “We met outside at the millhouse on the golf course and it was a perfect spot to have that moment,” he said. “Keneisha talked so much about her dress, she hid it from me, and when I turned around and saw it for the first time she was absolutely glowing.”

The couple honeymooned in Los Angeles and Las Vegas. “We wanted to have some fun and explore the West Coast,” Michael said.

Words of wisdom: “Premarital counseling was very instrumental in our marriage… we talked about financial planning, how to communicate with each other; [the counselor] gave us a plethora of tools that was and is very beneficial in helping us to grow in our marriage,” Michael said. “Blending two families together was challenging because Keneisha’s rearing style was completely different from mine. Not saying that it’s good, bad, better or worse, it’s just that they’re two completely different styles, and we had to work through that and get on the same page…,”

He added, “Find someone [a counselor] that you both trust and believe in that is going to support you in the area that you need. We are both [Christians] and we knew that we needed to find someone that was going to lead us on a spiritual level that we believed was going to guide us [from a spiritual perspective].”

Keneisha’s advice was simple: “Many men want to be the man of the house and I understand that, but it’s important to [know] that we’re both talented and skilled in different areas, and those areas where we are strong are the areas we should lead our family in.”

Both say they continue to explore life as a team. “We are adventurous, we build things, we’re creative and we travel.”

Happily ever after: The Alford’s are a blended family with two sons, DQ, 22, and Brayden, 14.

Keneisha, 43, is a Bessemer native and Jess Lanier High School grad. She attended the University of Montevallo where she earned a bachelor’s degree in early childhood and elementary education; two masters’ degrees from the University of Alabama at Birmingham (UAB) in early childhood education, and instructional leadership, and an educational specialist degree in curriculum and instruction. She received a doctorate of education from Samford University in educational leadership, and is the Director of Schools for the Achievement Network [based out of Boston], serving schools in FL, LA, and AL. The Delta Sigma Theta Sorority member also owns/operates an interior design consulting business, KA Designs.

Michael, 42, is a Eutaw Ala. native, and a Paramount High School grad. He attended Stillman College where he earned a bachelor’s degree in elementary education and obtained a master’s degree in educational leadership from the University of West Alabama, and an educational specialist degree at the University of Alabama at Birmingham [UAB]. The Kappa Alpha Psi Fraternity member works for Hoover City Schools as a student service specialist.