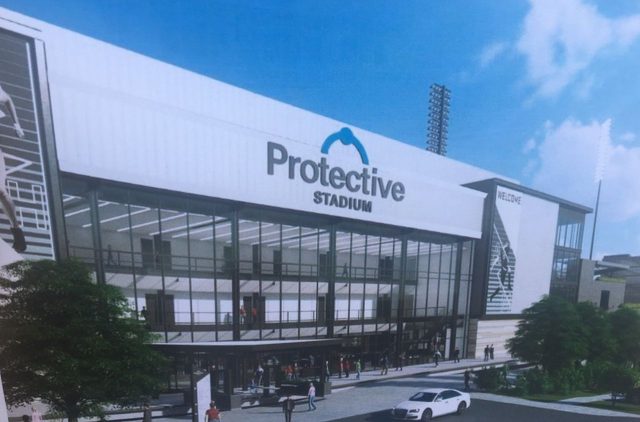 Protective Life Corporation will begin a series of meetings with residents in Birmingham’s Northside Community to discuss the new downtown stadium, which is expected to open in the fall.

The meetings could begin as soon as this summer.

“We’re planning to engage in some community listening and roundtable discussions just to hear what is on the residents’ minds, both what they are excited about . . . but also what concerns they may have and how we might be able to address those concerns,” Adams told commissioners. 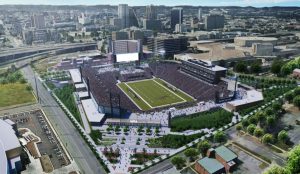 Neighborhoods near the stadium include Druid Hills; Evergreen and Norwood.

Amie Evans, who lives in Druid Hills, said there is some concern about parking once the stadium opens.

“I haven’t heard any complaints from Norwood residents about the stadium,” LaMay said. “A lot of people in the neighborhood are excited about the potential for jobs and growth. I think everybody agrees that its eliminated blight. When I moved here [in 2009] everybody thought nothing was going to happen north of 20/59 and it was kind of hopeless. Once the stadium started, they knew for sure that something was going to start at Carraway [just north of the new downtown football stadium] and it provided that there is hope to end the blight.”

The stadium has spurred a number of economic development projects in the Northside community, including the redevelopment of the former Carraway Hospital site, which Corporate Realty plans to turn into a multi-use development complete with office, retail, entertainment, hotel and residential space.

Adams said Birmingham is Protective’s home and headquarters and the company wants to be a good neighbor.

His team plans to go in with “eyes wide open,” he said, “. . . we know we can’t solve all the problems, but we want to listen and come away with some action plan; and engage not only ourselves but perhaps others in what we can do to address what those concerns are or build on that excitement about the stadium.”

Rashada LeRoy, CEO of LRY Media Group, who is a partner with Protective, said the conversations, which will be held in small settings, won’t center on whether the stadium should be here. “We’re at that point that it’s here,” she said. “What we’re listening for now is how can we create more opportunities. How can Protective be a good neighbor? A lot of times when we think about community engagement the approach is go do first, and then we get feed back . . . Our approach is before we make a single decision we want to talk to the residents, talk to the neighborhood presidents who are actively on the ground working every day in these spaces . . . when we talk about a Listening Tour it is exactly that.”