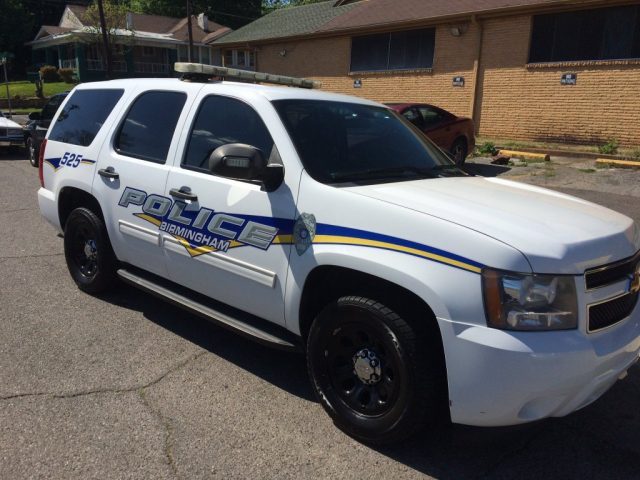 Those are just some of the thoughts expressed by Birmingham neighborhood leaders and residents who recently spoke to the Birmingham Times about and offered suggestions to help curb the recent gun violence that has plagued the city.

During the first 10 days of April, there were nine killings in the city, a span of “unimaginable” violence, according to the Birmingham Police Department (BPD).

On Wednesday, a victim was found dead at an east Birmingham apartment complex, the city’s 39th homicide of 2021; three of those homicides were ruled justifiable as self-defense by investigators or prosecutors. Even though the city has recorded one less homicide through May 12 of this year than at this time in 2020 the deaths are adding up and residents are not pleased.

“I’m outraged about the shootings,” said Patricia Davis, president of the Smithfield Neighborhood Association on the western side of Birmingham. “We had some officers come to our last meeting in April. At that time, residents were telling the police officers what a problem they were having with all of the shootings.”

Davis said some “shootings are at 2 or 3 o’clock in the morning. … Just the thought that there are all of these shootings going on makes you apprehensive.”

“I just can’t understand why people can’t get together and treat one another right without killing each other,” he said. “It is a tragedy for both people—the person that got killed and the person that shot them—plus both of the families. To me, it is unreal for people to go around and kill one another.”

Over the last four years, 446 people were killed in Birmingham, according to an analysis by AL.com. That 446 doesn’t include the 39 killings in Birmingham so far this year. More than half died in West Birmingham. Nearly 90 percent were killed by a gun. Three quarters of them were young Black men.

Gunn said he believes the violence has taken a turn for the worse.

“I think it’s mostly young people doing all of this killing and shooting [because there is a] lack of opportunities. Also, many are holding grudges, getting upset with others, and believing the only way to [deal with it] is to pick up a gun and start shooting,” he said.

What Can Be Done?

While pointing to reasons for the surge in violence, neighborhood leaders offered some suggestions to stem the tide.

“People need jobs, more education,” said Deloris Clayton, president of the Arlington-West End Neighborhood Association. “It’s on the parents, too, because we are responsible for our kids. … It’s the haves versus the have-nots, and some have more than others. …”

The Rev. Gwen Cook Webb, president of the Inglenook Neighborhood Association, agreed that employment and education are crucial.

Davis said students need to be in schools where they can participate in organized activities, such as band, sports, or other extracurriculars like math and science teams.

“I know the [COVID-19 pandemic is ongoing], so I know a lot of them can’t go to school right now. Still, we need more monies for the school system, we need more parental involvement with the schools, and we need job opportunities for young people,” she said. “It’s not that all of these kids are bad, or even the parents. There are some good kids with good parents but, certainly, there need to be more workshops, more opportunities. … In every situation, there are some rotten apples, but we need more things going on for the kids, so they don’t get into trouble.”

Valencia King, president of the Woodlawn Neighborhood Association, suggested that conflict-resolution skills be taught in elementary schools, so children learn how to peacefully settle differences as they get older.

“I think we as community, as well as faith leaders and government leaders, fail [young people] when we don’t teach them how to agree to disagree,” she said. “I think [conflict-resolution programs are] needed in schools, … so that maybe young people will grow up to use those skills when they are faced with issues in their day-to-day lives.”

Lovie Crawford, outgoing president of the Kingston Neighborhood Association, believes there is a need for “better alternatives and methods of resolving situations, [as well as more efforts] to develop a more unified city.”

“For example, if I’m part of a counseling group that’s doing free counseling, we need to figure out the issues, find out what is really going on, and see what we can do to help. Then, if [our group knows of] someone else who is a social worker trying to provide the person with lights, water, and gas, both entities need to come together to help,” she said.

Crawford would like to see police be more proactive than reactive.

“There needs to be more interaction with the community to help them understand that the police’s goal is to serve and to protect and not to intimidate or arrest, unless [the situation] requires arrest,” he said. “I would just like to see more community relationship building and more presence on a positive note, [with officers] being proactive to the needs and concerns of the citizens.”

Reshonda McNeal, president of the Killough Springs Neighborhood Association in East Birmingham, believes police can have a larger impact by increasing their visibility.

“We need beat officers because we no longer have that. …If [criminals] see that the police are more visible, they are more apprehensive to commit that crime,” she said. “There need to be more police on the street. … [It could help] get some of these guns and criminals off the streets.”

“We need police where we can see them, not just when somebody gets shot or gets cut,” she said. “We want to see them, so people won’t have that fear of the police. … We also need to get these guns off of the street.”

Crawford recommends efforts to foster better relationships between the police department and residents.

“I know [crime] is a widespread thing, so police are not looked upon as a favorable entity [by some in the community],” she said. “If there is some way a better relationship can be built, that would be ideal.”

Davis notes that the city is trying to stop the violence, but it will take a community effort to get everything done.

“I think we need more counseling, more jobs, and more funding for [crime-prevention] programs. We need jobs for the parents, not just for the young people but the older ones, too. I feel like the whole family does better when mom or dad doesn’t have to worry about where the next meal is going to come from.”

Clayton, in Arlington-West End, said the city can only do so much to stop the violence.

“I won’t place it all of [the city], but they can do better than what they are doing,” she said. “Still, it is up to the individual person to control their own actions. There are bad apples everywhere, and that can escalate things. … Every individual controls their own actions when they know right from wrong and know that God gives us common sense. … I can’t say all of this is on the city. There is so much going on.”

Webb said city officials are not putting forth enough effort to combat crime.

“For instance, there are some places that need more lighting,” she said. “[Neighborhood officers] have been begging for the city to put up cameras, upgrade lighting, do anything to curtail the crime in the area. Even with more police on patrol, … when problems start, it looks like police patrols diminish. My main concern is acting [to prevent tragedy] instead of reacting after [something tragic] has occurred.”

Susan Palmer, former president of the Central Park Neighborhood and resident in the western Birmingham community for more than 30 years, said she’s upset about the violence and “more upset because crimes are not being solved . . . The mayor and the city council are not committing the crimes, but they are held accountable,” she said

No matter how many solutions they offer or how residents feel about their neighborhoods, there seems to be a consensus that everyone is fed up with the crime in Birmingham.

“It’s a big umbrella of things that fall under the reason why there is so much violence and so much lack of love for one another,” said Crawford. “There needs to be some way to curtail [crime]. … I don’t have all of the answers, but all of this violence needs to stop.”