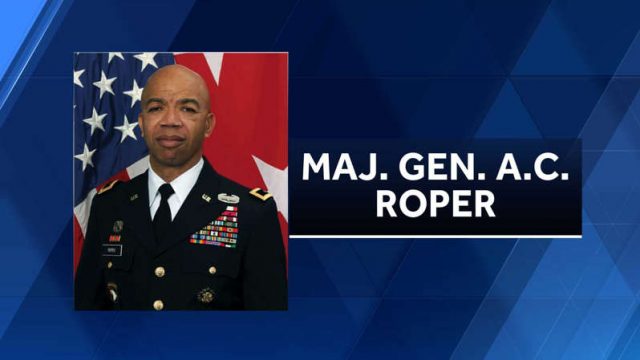 Roper is the first African American in the Army Reserve’s 113-year history to achieve the rank of lieutenant general.

“We are working to build a more perfect union and this third star means I have greater influence and a greater responsibility,” said Roper.

Roper had served in law enforcement for over 33 years, culminating a 10-year tenure as the Birmingham Police Chief.

Roper was deployed to Saudi Arabia during Operation Desert Shield, and to Afghanistan in support of Operation Enduring Freedom.