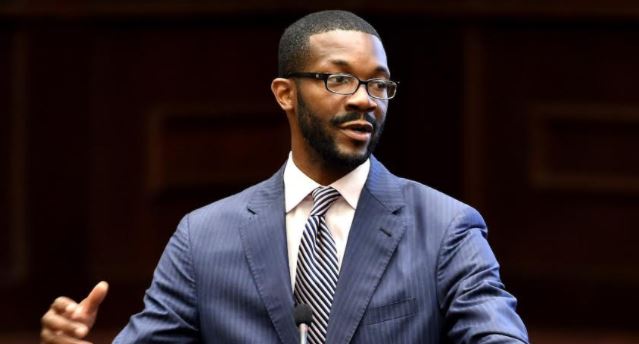 In a Monday press release, Camarion D. Anderson-Harvey, HRC’s Alabama director, said Woodfin is a model ally in the state of Alabama.

“Mayor Randall Woodfin has been a crucial voice for LGBTQ equality in Birmingham and a clear example of true leadership in the state of Alabama,” Anderson-Harvey said. “His efforts have made the city more inclusive and have charted Birmingham on the course to becoming one of the most welcoming municipalities for LGBTQ people in the South.”

The HRC said Woodfin has been a “champion” for the LGBTQ community through his opposition to anti-transgender legislation.

Using their own Municipality Equality Index (MEI), a scoring system which HRC uses to determine a city’s inclusivity, the organization says that under Woodfin, Birmingham’s MEI has remained at a perfect 100 percent score, a number the city only reached after Woodfin’s election.

Among the mayor’s actions cited by the HRC are his appointment of an LGBTQ+ liaison in 2018, his introduction of a health insurance plan for city employees which covers transgender health needs and the establishment of the LGBTQ+ Advisory Board. They also noted his formal recognition of June as Pride Month, in addition to his support for HIV/AIDS awareness and eradication groups.

“Mayor Woodfin promised to make progress, and when it comes to LGBTQ equality, he’s done exactly that. HRC is proud to support Randall Woodfin for Mayor of Birmingham as we continue to organize, mobilize, and advocate for his vision of a fairer, more equitable and inclusive Birmingham.”

Woodfin thanked the HRC, which also endorsed him during his first campaign for mayor, saying they contributed much to his first run.

“I’m honored to earn the endorsement of the Human Rights Campaign once again,” Woodfin said. “HRC members and supporters volunteered over 100 hours with my campaign in 2017, and their hard work went a long way to making sure Birmingham elected the first mayor willing to be a vocal ally for LGBTQ equality.”

The HRC will continue to be an important part of this current campaign, according to Woodfin.

“I look forward to welcoming HRC members back to the field — to knock on doors, make phone calls, send texts and get the message out there about my vision of a fairer, more equitable and inclusive Birmingham.”

The HRC’s endorsement of Woodfin is part of their Project One America initiative, which specifically seeks “advancing social, institutional and legal equality” in Alabama, Arkansas, Mississippi and Texas, the group said.