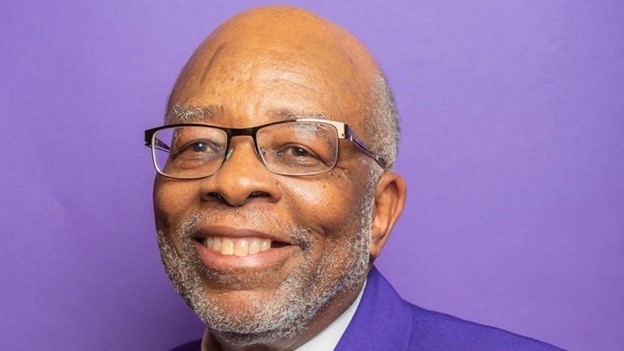 Roscoe Nance was one of the country’s great sportswriters. Nance did an outstanding job of chronicling Black college sports for nearly five decades before his passing on Jan. 9, 2020.

“The Black College Sports Page” has provided tremendous support to establishing an endowed scholarship at Tuskegee University in the name of Roscoe Nance. He had a strong impact on the lives of many athletes, coaches, athletic administrators and other involving sports at Historically Black Colleges and Universities (HBCUs) around the nation.

Nance, a Union Springs, AL native, is a 1971 graduate of Tuskegee University, which is one of the country’s most prestigious HBCUs. He was a trailblazer as a sports journalist. He worked for the Columbus (Ga.) Inquirer prior to becoming a beat writer for the Clarion-Ledger in Jackson, Miss. from 1978-85. He was the first Black sportswriter at the Clarion-Ledger.

During his years with the Clarion-Ledger, he covered HBCU and NFL legends Doug Williams and Jerry Rice. He also provided excellent coverage of the Southwestern Athletic Conference. He was inducted into the SWAC Hall of Fame in 2015 for his prowess as a sportswriter.

Nance moved to USA Today where he covered soccer and the NBA from 1986 to 2007. Following his retirement in 2007, he continued to profile HBCU sports for many publications. He was a member of the Black College Football Hall of Fame Committee.

The scholarship effort was started by his beloved wife, Willye M. Nance, in Roscoe’s name at Tuskegee University. BCSP is encouraging journalists around the country along with sports information directors, coaches, officials, athletic directors and others who knew him to support the campaign.

There is a crowdfunding effort on GoFundMe to reach $25,000 required to endow the scholarship. You can also send a check to Tuskegee University. Checks can be forwarded to: Tuskegee University, Office of Advancement and Development, c/o Brad Watts, 1 Booker T. Washington Blvd., Kellogg Conference Center, Tuskegee, AL 36088.

You can also visit the official GoFundMe link below: