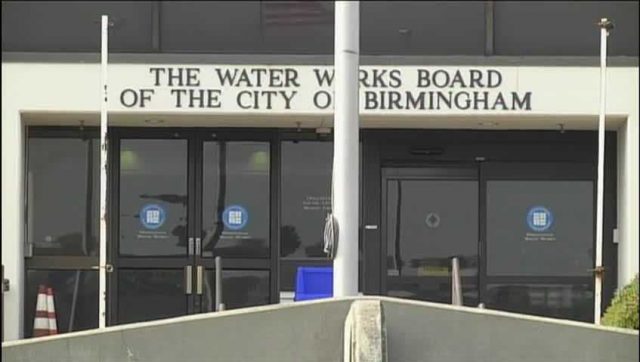 The refinancing is a part of the BWWB’s plan to reduce its long-term debt and is the second highest amount of savings achieved in the Board’s history. The sale reduces BWWB’s debt by over $35 million without extending the maturity of the debt. In addition, the BWWB was able to eliminate over $287 million in subordinate debt.

Assisting BWWB in the deal were a team of advisors and consultants, led by financial advisor Terminus Municipal Advisors, LLC. Matthew R. Arrington, son of former Birmingham mayor Richard Arrington, Jr., serves as the firm’s president and has served as financial advisor for the Board since 2008. Over that time, he’s participated in over $1.5 billion in municipal offerings for the BWWB, saving the Board more than $100 million.

“The bond transaction is important. However, what should be highlighted is the amount of minority participation that took place in the bond issuance,” said Chris Rice, Director, Birmingham Water Works Board.

“In every valuable slot, we had minority participation. In the key area of bond underwriting, there were two 100% owned minority bond underwriting firms. In addition to the inclusion, approximately 50% of the fees will be paid to minorities,” said Rice, who was appointed to the Board by Mayor Randall Woodfin.

“I’m ecstatic about our progress with diversity and inclusion, but this is only the beginning, as there’s more to come,” said Rice.

In preparation for the sale of the bonds, the BWWB received a Aa2 bond rating from Moody’s Investors Service and a AA rating from S&P Global, among the highest-possible ratings assigned by the credit rating agencies. Ratings at this level among other factors serve to boost investor confidence as indicated by the results of this transaction.

“The bond ratings are a reflection of the work and dedication our management team commits to ensuring that Birmingham Water Works is a top-tier water provider that we all can be proud of,” says BWWB General Manager Michael Johnson. “This honor is shared by our Board Chair Ronald Mims, Finance Committee Chair Larry Ward, and the rest of the Board of Directors who oversee the management of the system and its assets.”

“Managing the financial resources of such a large utility and taking advantage of opportunities such as this refinancing saves money and helps our ratepayers. This is especially rewarding as we continue to operate during the pandemic where prudent financial decisions have to be made,” says Assistant General Manager of Finance & Administration Iris Fisher. “BWWB achieving these ratings is something we’re proud of, and we are happy to commend our employees for also helping to make this happen.”