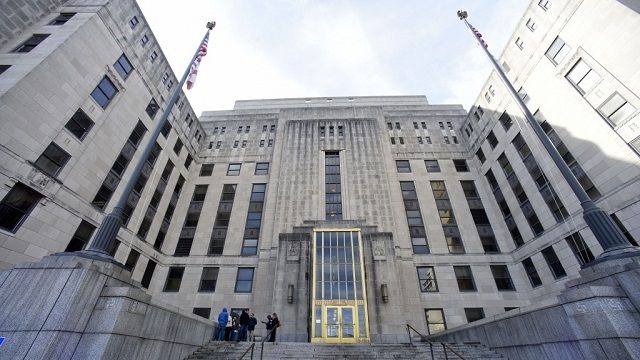 Markert, the current deputy county manager, becomes only the second person in the county’s history to hold the position replacing Tony Petelos, who retired in June.

Markert currently serves as deputy county manager over infrastructure and previously served as director of roads and transportation. He has been with the county since 2017.

“I was honored to be considered for this position,” said Markert. “We have a great team in place at the county thanks to [Petelos]. Working with him was a tremendous experience and I look forward to working with this commission to make Jefferson County the best county in the state.”

Markert narrowly received enough votes to fill the position. House Bill 159, the County Manager Act, requires a supermajority of four votes from the five-member commission for a person to get the position.

Stephens said, “We followed the process put forth in House Bill 159 to the letter of the law. We made a hire that is not just good for the Commission, but it’s good for Jefferson County.”

Scales said the county this year exited a [federal hiring] consent decree “and it was very important that during the selection process that we chose someone who would endeavor to make sure that we continue in the progressive manner in which the county is operating.”

Tyson said she wasn’t voting against Markert, who’s done a lot for her district 2. Her problem was with the process, she said. “I wasn’t included in any of the discussions or the process. . .I just think the whole process was unfair,” she said.

Tyson acknowledged that Markert, as deputy county manager, has had crews do much work in her district which includes the cities of Lipscomb and Brighton. “I have worked with Cal more than any of the other commissioners because of the condition of my district,” Tyson said.

Knight said the commission “followed the process that was given to us by the [state] legislative body. I think we made a solid choice with [Markert] . . . we can now proceed forward in a definitive manner with definitive leadership.”

Ammons said the newly selected county manager has done a great job as the deputy “and I look forward to the future and a lengthy stay for him . . . we know he’s an engineer . . . the processes are there, the processes will be followed and I think it’s one that will this county continue to grow and prosper.”

Scales added, “It is also imperative that as we move forward that we compete with neighboring counties in such a way that keeps us on the cutting edge of making Jefferson County the very place we’re working hard to make our constituents to know [that] this is place to make home and you can be proud to say you can live, learn and earn in Jefferson County.”

Prior to coming to Jefferson County Markert served as the Director of Roads and Transportation for Baldwin County from 2005 – 2017, served as the County Engineer for Russell County, and in various engineering roles for the Alabama Department of Transportation. He has a Civil Engineering degree from Auburn University, 1995, and earned his PE (Professional Engineering) designation.