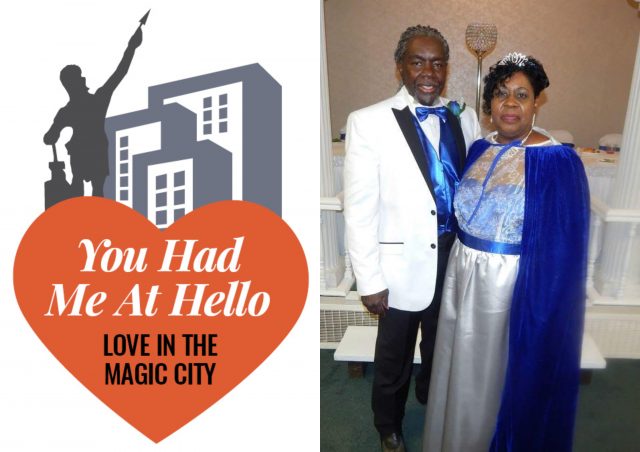 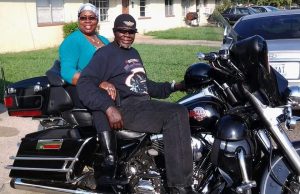 Met: Fall 1974, at Daniel Payne College [in Birmingham]. James, who is a Phi Beta Sigma, met Willie Mae on campus while she and her line sisters were stepping in the yard.

“She was pledging Zeta Phi Beta and that’s when I saw her out there stepping, and I noticed she had a nice step. We met because she had to learn how to greet her big brother, I was Big Brother King,” James said. “But I didn’t say anything right away.”

“He was kind of a nuisance to me at that time, and I was pushing him off because he kept pestering me while I was already aggravated because I was on the spot pledging underneath the big sisters,” Willie Mae said. “I kinda came around after I settled down some and got away from the big sister’s eyesight.”

First date: January 1975, after returning to school from Christmas break James asked Willie Mae to accompany him to St. Philip AME Church [Margaret Ala.], where he was pastoring during his first appointment. Afterward, they went for dinner at Soulfood on 4th Ave in Birmingham, and a movie at the Alabama Theater downtown.

“He was winning me over because he convinced me to go to church with him. I was impressed with his preaching. I enjoyed the dinner. I went from being aggravated with him, to liking his company. He was a gentleman, he opened doors and treated me nice,” Willie Mae said.

James said she impressed him also “because I had carried [another woman] to church with me before, but the members [her] but they gathered around Willie Mae… She was warm, I liked the way she communed with the people and I loved the way she sang,” James said, “Afterward, I wanted to spend some time with her, and over dinner, the conversation was nice. I asked her if she wanted to extend the evening and go see a movie and she said yes, and the rest is history.”

The turn: March 1975, James knew things had gotten serious the first time Wille Mae wanted to stay the night at his apartment in East Birmingham.

“We had been spending time with one another and dating, and we were studying one evening at my apartment and she said she wanted to stay over. I knew she had gone home and told her mother that I was the boy she wanted, and she turned loose everybody else [she had been dating] and was holding on to me, and I was holding on to her… I told her we [needed to be official] if we were going to be staying together like this, and that’s when I told her we needed to be married,” James said.

Willie Mae said it was serious for her after sharing with her mother that she had a boyfriend “that really liked me, and I really liked him too,” she said.

The proposal: April 1975, at James’ apartment in East Birmingham. Soon after James had purchased a ring for Willie Mae, the perfect proposal opportunity presented when she requested some wine to sip as they watched their Saturday night movie. Although James doesn’t drink, he agreed because he wanted to make it a night to remember.

“I bought a nice bottle of rose wine and wine glasses, and I made some Kool-Aid the same color as the wine. I was trying to make the evening romantic so that I could ask her to marry me,” James said. “We were sitting on the sofa watching the movie and she wanted another glass of wine, and she saw I wasn’t really drinking my glass, and asked for mine, but I couldn’t give it to her because it was only Kool-Aid,” he laughed. “So, I said, no, I’ll go pour you another glass, and while I was in the kitchen, she tasted mine and found out it was Kool-Aid. I told her I just wanted to make a nice evening so that I could ask her a question.”

Willie Mae then asked— “what you gotta ask me? James replied, “I want to ask you to marry me.”

“After we got through fussing about the wine, I got on my knees at the couch and held up the ring and asked her to marry me,” James said, “and she said ‘yes’.”

The wedding: At the Birmingham Courthouse, officiated by Reverend Smith, of First Baptist Church in Mulga [Ala.]. Willie Mae had on a peach-colored dress, and James had on a blue pinstripe suit.

Most memorable for the bride was that her “parents, and sisters came up [from Uniontown [Ala.] and realizing the fact that I had gotten married and put my hook in this fella,” Willie Mae said.

Words of wisdom: “The scripture says ‘seek ye first the kingdom of heaven, and all his righteousness and everything else will be added.’ So, if you put God first in your life you don’t have to worry about anything because He’s going to take care of everything else, so you just sit back and watch him put everything in its place,” Willie Mae said. “You have to always respect each other, always be transparent and keep the lines of communication open at all times and be compassionate towards one another.”

“One Valentine’s Day I brought her candy and flowers to her job every day for a whole week, and each day I added something special and different to it, and we had been married for 20 years at that time. And everybody wondered what was so special about that Valentine’s Day, and it wasn’t nothing, it’s just the types of things that I wanted to do all the time to keep her happy,” James said.

Willie Mae, 67, is a Uniontown [Ala.] native, and Robert C. Hatch High School [Uniontown] grad. She attended Daniel Payne College [Birmingham], where she earned a bachelor’s degree in biology and Bessemer State Technical College, where she obtained an LPN [licensed practical nurse] certificate and worked as an LPN doing travel nursing, and hospital work for 40 years. Willie Mae retired from the Jefferson County Commission as a contract nurse.

James, 70, is a Charleston Missouri native, by way of Lansing Michigan, and a Charleston Senior High School grad [Charleston, Missouri]. He attended Daniel Payne College where he earned a bachelor of science degree in history sociology, a bachelor of arts degree in rehab counseling, and a Master’s degree in religious education, and a Doctor of Divinity from Faith Caritas College. James retired from the African Methodist Episcopal [AME] church after 40 years and works for the ADOC [Alabama Department of Correction] as a cubical officer.  James also served a tour of duty for the US Army as a helicopter crew chief.

Happily ever after for the Burks include long bike rides on James’s Harley Davidson motorcycle across Texas, Illinois, Mississippi, and many other states; as well as riding and tending to the horses in their pasture behind their home. The couple just returned from their most recent biking trip to Kentucky in August.

“Every time I fire up that Harley, she’s gonna be right there with me,” James declared. “I don’t care how old you get, you have to keep your life and your love young, and spice in your marriage.” 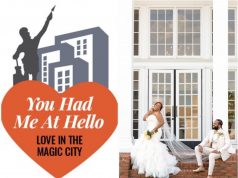