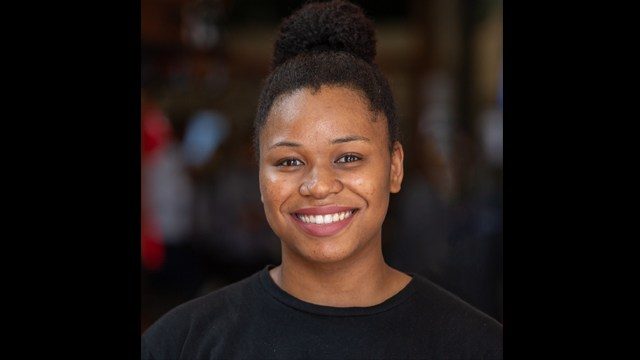 Birmingham Promise chief Rachel Harmon will step down in early 2022, and the economic mobility initiative will soon launch a national search for a new executive director.

Harmon, who is leaving to attend Yale Law School, will remain on the job until a new director has been hired and has time to transition into the role.

“Helping to create and lead Birmingham Promise has been an immense honor and a privilege,” Harmon said. “While leaving is bittersweet, I am so proud that Birmingham Promise will exist long after my transition and will continue to help Birmingham students fulfill their potential and achieve their dreams.”

“When we hired Rachel as our executive director, we knew she had the skills and the passion to put this new organization on solid ground,” said Abrahams, who is executive vice president of community affairs at Regions. “It’s a testament to her leadership that we are now in a position to move forward and build on what she has accomplished.”

Abrahams said the job will be posted on Nov. 1, and the hope is to identify a new director by early 2022. Among the goals for the new leader will be to build on the organization’s initial successes in fundraising and to strengthen community partnerships.

Birmingham Promise provides up to four years of tuition assistance for graduates of Birmingham City Schools who attend public colleges and universities in Alabama. It also manages an internship and apprenticeship program that allows high school seniors to build valuable work experience while earning money and gaining academic credit.

Since 2020, the program has provided almost 800 Birmingham graduates with financial support and success coaching while enrolled in college. It has also provided 150 apprenticeships, with an additional 100 student apprentices expected to be placed in jobs this spring.

Under Harmon’s leadership, Birmingham Promise has secured more than $25 million in private and public support for the program, as well as partnerships with a wide range of community organizations and businesses. Among other things, more than 80 local employers have participated in the apprentice program.

Harmon worked at the city of Birmingham when it launched the Birmingham Promise program, and she continued to play a key role as the initiative became an independent nonprofit organization. She was hired as Birmingham Promise’s first executive director in April 2020, at a time when COVID was creating significant challenges for education institutions, employers and other community organizations.

“Rachel kept Birmingham Promise moving forward during a time of uncertainty and upheaval in virtually every sector due to the impact of the pandemic. I couldn’t be more grateful for her tenacity and resolve,” Birmingham Mayor Randall L. Woodfin said. “As we move forward, I will continue to work closely with the new leadership to promote Birmingham Promise and the opportunities it provides for young people across our city.”

A Rhodes Scholar, Harmon was accepted to Yale Law School earlier this year and deferred admission to ensure stability and continuity during the search for a new director.

“Birmingham Promise is about making a difference in the lives of our students and building a more prosperous future for our city,” Harmon said. “I’m leaving with confidence that this organization is going to achieve its mission in more ways than I can imagine.”