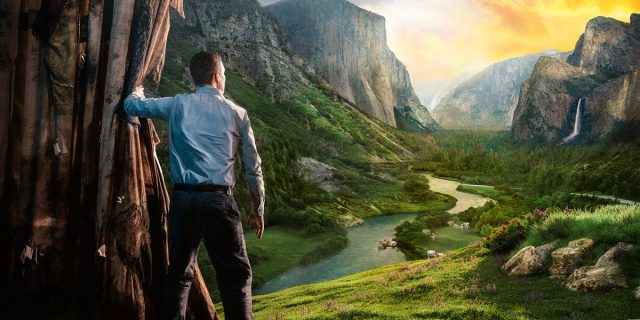 Birmingham and other Alabama cities will be one of the thousands of communities around the globe that will receive a powerful message of hope as Jehovah’s Witnesses embark upon a special campaign focusing attention on the Bible’s hope for a better world.

The goal of the campaign is to distribute a special edition of The Watchtower magazine containing the cover series, “A Better World is Near.” More than 36 million printed copies of the magazine are expected to be distributed in some 230 languages to communities in 240 lands around the globe. In addition, the digital publication is available on various platforms in nearly 400 languages.

“People are longing to hear a positive message and this is the best news possible,” said Robert Hendriks, U.S. Spokesman for Jehovah’s Witnesses. “A better world is not just a dream, it’s inevitable. In fact, it is the central theme of the entire Bible.”

The magazine addresses the age-old “doomsday” question “Is this world going to end?” with a comforting answer that may surprise many readers. While many religions have predicted the “end of the world,” the magazine reveals the Bible’s clear message: the earth is here forever and will never end!

However, the magazine also explains the powerful truth that wickedness will soon be gone, quoting the Bible book of Psalms where it promises that the “lawless one” will be no more. (Psalm 37:10, Rotherham translation)

This positive message has been the hope of millions around the world who have prayed for ‘God’s Kingdom to come,’ a familiar refrain of many Christians taught by Jesus in what some refer to as the Lord’s Prayer.

That was the experience of Clarence Fortune, a 96-year-old resident of Birmingham. As a very successful black businessman in the ‘60s, Fortune owned two grocery stores, several rental properties, and a clothing store in downtown Birmingham. While he believed in racial equality, he always felt it could be attained by supporting the growth of black-owned business. But he saw that his approach was not what people really wanted in those days.

The Watchtower has been carrying a similar message about God’s Kingdom for more than 100 years and remains the most widely translated and circulated magazine in the world. The 2021 number two edition is available free online at jw.org, where anyone can also request a free printed copy by scrolling down on the homepage to “Request A Visit.”

Click below for a direct link to the online version of the magazine: