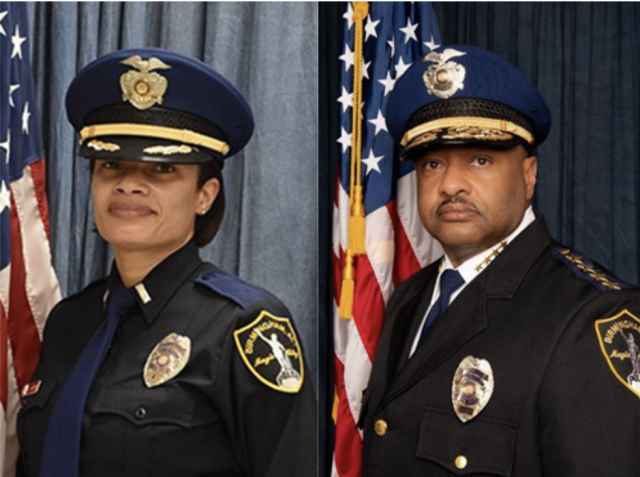 “When I appointed Chief Smith in 2018, I was very clear about our objectives: modernize the police department with a focus on making the city safer for the people of our city.,” Woodfin said after the announcement. “Under his leadership, Chief Smith has placed an emphasis on accountability and professionalism. Chief Smith has overseen efforts to reduce overall crime in the city and led in the launch of the Real Time Crime Center” which was unveiled on Oct. 19.

The RTCC is a conversion of part of the fourth floor of BPD headquarters to allow for real-time monitoring of various technology around the city by BPD officers.

The center will operate 19 hours a day with anywhere from five to eight officers staffing the center during each shift. Still currently under construction, the RTCC will monitor a variety of information sources that cover immediate activity in the city and have space for other crime analysis, including forensics.

Woodfin has also announced the appointment of a new Assistant Chief: LaQuaylin Parhm-Mack, who has served in the department for 13 years in both patrol and administrative assignments. Most recently, she has served as Executive Assistant to Chief Smith, assisting in efforts to implement transformational strategies for the department. Parhm-Mack holds a Master of Business Administration degree in project management and a bachelor’s degree in organizational leadership.

Woodfin also appointed Mike Picket to serve as Deputy Chief for Special Operations. Pickett has served in the department for 17 years, both in patrol and investigations. He has overseen security services for all City of Birmingham facilities and currently serves as the planning section commander and law enforcement branch director for World Games 2022. He is presently pursuing a master’s degree in criminal justice with a concentration on counter-terrorism and homeland security.

The appointments will be effective on Nov. 23, 2021 – the first day of Woodfin’s second term.