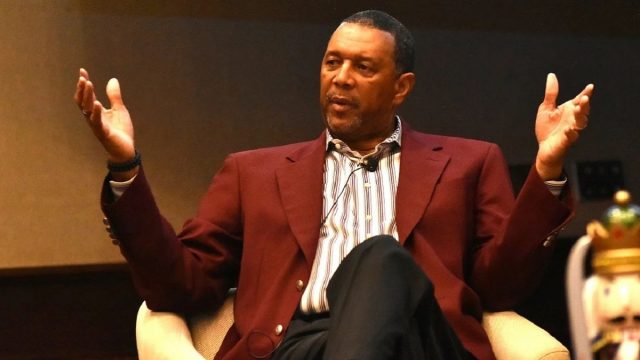 Old friends sat and talked after lunch recently as a room full of basketball fans hung on every word.

Wendell Hudson and Ben Shurett held a fireside chat as the Greater Birmingham Tip Off Club held its first in-person meeting since the COVID-19 pandemic began.

“Ben and I have known each other 50-something years,” said Hudson, a graduate of Birmingham’s A.H. Parker High School. “The more we talked and the more we were around each other, the more things we found we had in common instead of what we had that are different.

“The only difference between Ben and I, if you close your eyes, you couldn’t tell it. Well, maybe you could.”

Hudson was the first Black basketball player at the University of Alabama. Shurett, who is white, was the team manager when coach C.M. Newton put the Crimson Tide’s first integrated squad on the court.

“We never had a conversation about, ‘Hey, we’ve got a Black guy on the team. How are we gonna do this?’” Shurett said. “We never had that conversation because we had the right group of people to make that happen.

“We had to blend cultures, but we never had to blend ethics,” Shurett said. “We were all on the same page of respecting each other. We didn’t have to blend that at all.”

A third person was scheduled to be on the stage at The Harbert Center for the Tip Off Club event. But Selma native and Hudson’s Tide teammate, Glenn Garrett, could not attend while he recuperates from surgery.

Despite missing their third wheel, “Hud” and Shurett rolled on into overtime, continuing their conversation about 15 minutes beyond the luncheon’s scheduled conclusion.

Hudson arrived on the Tuscaloosa campus in 1969, six years after Gov. George Wallace’s infamous stand in the schoolhouse door and one year after the assassination of the Rev. Martin Luther King Jr.

Club President Scotty Colson said the integration of the Alabama basketball team led the way in integrating sports and specifically basketball in the state. It fostered the sense that “together, we could move forward so much better,” he said. “It also taught that, when you’re holding somebody down, you can’t go anywhere either, so it freed all of us. That was a period of time that freed minds, freed bodies and freed futures for each and every one of us.”

Hudson recounted the broad smiles of Black servers in the athletic cafeteria as they beamed with pride that someone who looked like them was on the other side of the counter.

Hudson recalled particularly vocal fans who pelted him with verbal grenades when the Tide played at Mississippi when he was a freshman.

The rowdy fans “called me every name in the book,” he said. “I didn’t react to it. I acted like I didn’t hear it, but my teammates heard it. I think this is the bond that we have as a group.

“I was ‘Hud.’ I was the same guy who had been out running with them and sweating with them, and (they) had gotten to know me,” Hudson said. “I was a person. I wasn’t those names. I wasn’t that person they were trying to talk about.”

Hudson recalled that Newton often joked that when Hudson got off the team bus, as soon as it crossed back into Alabama, Hudson kissed the ground. There was no truth to that, Hudson said, but there was no denying that Newton had done everything he could to make Hudson’s team experience just like that of others on the squad.

“C.M. was a good person and he was an honest person,” Hudson said. “He answered all the questions that my mom had, and the big one that she asked was: how was I going to be treated?

“He said, ‘I don’t know how it’s gonna be treated on campus,’ because he didn’t know,” the former Tide player recounted. “’But what I do know, from a basketball standpoint, an athletic standpoint, he’s going to be treated just like everybody else.’ He lived up to that.”

This story appeared originally on www.alabamacenter.com 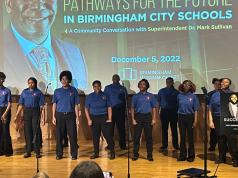