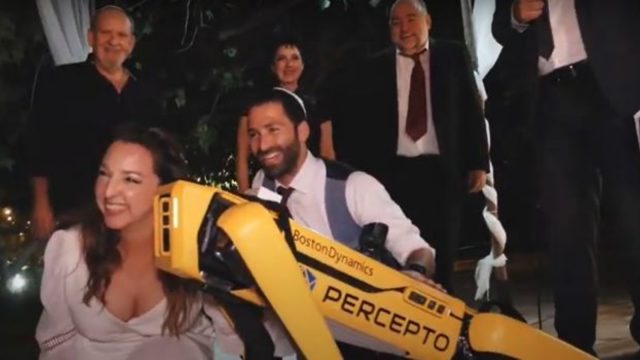 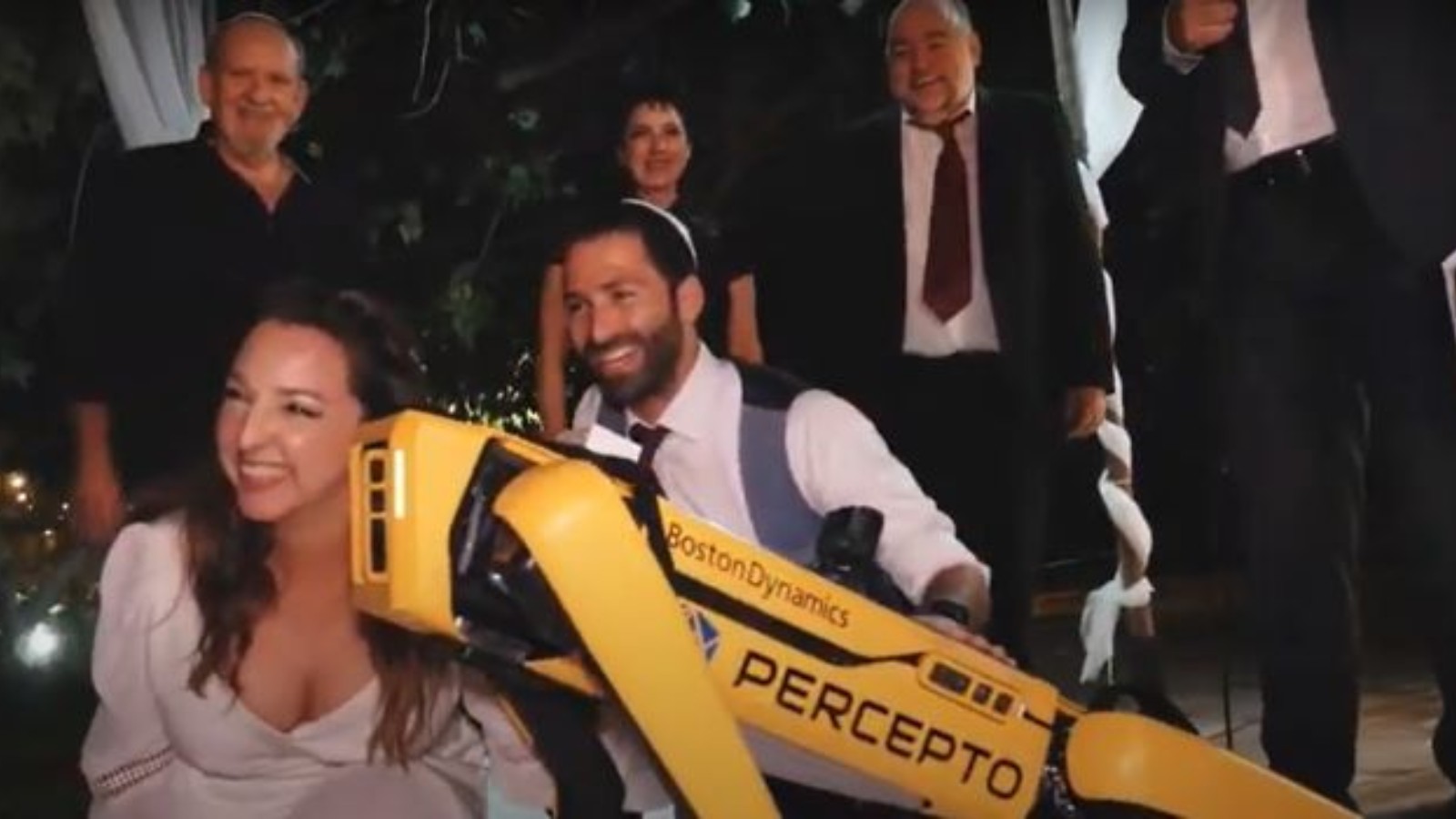 When Mishela Rabkin and Tal Levin were joined in matrimony under a traditional chuppah (canopy), they had quite a nontraditional surprise: A Spot robot trotted down the aisle bearing their wedding rings.

Rabkin is an industrial designer and product manager at the development center of autonomous drone company Percepto in Modi’in, central Israel.

Spot, a $74,500 dog-like robot from Boston Dynamics, is one of the most advanced ground robots on the market.

Percepto’s Base for Spot is a smart “doghouse” equipped with Percepto’s autonomous site inspection and monitoring software solution, AIM, named one of the “100 Best Inventions of 2021” by Time magazine.

Base for Spot, first deployed at Florida Power & Light earlier this year, enables the robot to accomplish autonomous outdoor inspections of industrial facilities and isolated substations even in extreme weather, protected from damage and theft.

Spot’s mission at the wedding was less complex and a lot more fun.

In a covert operation staged by Rabkin’s coworkers, the robotic dog scampered down the aisle to “Who Let the Dogs Out” and brought the rings to the couple.

He even gave a doggie smooch to the bride. The video also shows the “dog” dancing in rhythm to the music as guests laugh and applaud.

There’s no doubt that Spot stole the show on the dance floor.

Spot — and drones — at work

“Boston Dynamics’ Spot, one of the most advanced ground robots on the market, is fully integrated into Percepto AIM. Equipped with Percepto’s payload and AI, Spot is completely autonomous, operable without the need for an on-site operator,” the Percepto website states.

Percepto Base offers “an end-to-end autonomous cycle for outdoor inspection, empowering industrial facilities and isolated substations to keep Spot protected even in extreme weather conditions, safe from damage or theft, and always ready for action.”

The company also refers to Spot as “mission-ready.”

In addition to Base for Sport, Florida Power & Light Company, which serves some 10 million people in the state, employs Percepto drones that autonomously carry out security and maintenance missions on power lines and in sensitive areas.

The autonomous drones can work around the clock and in difficult weather conditions to identify power failures and get them fixed swiftly.

The drones, which can fly for 40 minutes between charges, are equipped with day and nighttime camera systems and use AI to identify operational malfunctions and health and safety risks in real time. They can be used by a remote operator beyond visual line of sight.

“Florida is hit by more hurricanes than any other state in the U.S., and this past season featured 30 tropical storms causing billions of dollars’ worth of damage,” Percepto co-founder and CEO Dor Abuhasira said in February. “So for Florida Power & Light, the largest utility in the state, incorporating innovative and efficient measures to ensure business continuity is key.”