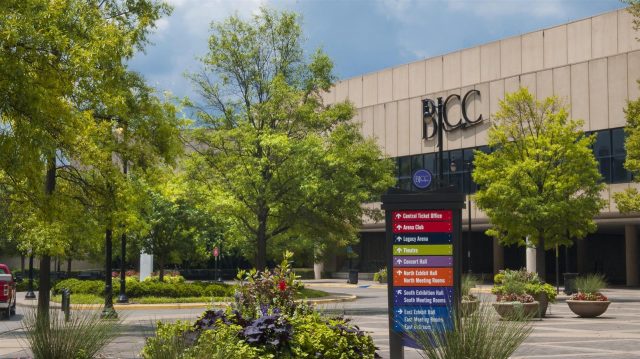 The Birmingham Jefferson Convention Complex (BJCC) will be used as warming station on later this week and early next after the city faced criticism for not opening the Boutwell Auditorium to the homeless this week when cold weather gripped the area.

Because the Boutwell was booked Sunday there wasn’t enough time to break down and re-set up the space, said Don Lupo, who is director of the mayor’s office for citizens assistance.

For the past 20 years, the city has opened Boutwell Auditorium at night to people who have nowhere else to go during the coldest parts of winter, Lupo said. This is the second time in those 20 years that the city could not make Boutwell available as a warming station, Lupo said.

He said Mayor Randall Woodfin was “most concerned” about shelter for the homeless, that he reached out to multiple organizations to fill in for Boutwell and was instrumental in getting the BJCC.

Still, the city faced criticism for not making the Boutwell available. Erica “Star” Robbins is the founder of Be a Blessing Birmingham, a grassroots organization that aims to “bring awareness and community support” to those facing homelessness in the Magic City. She said the city should have made alternate arrangements if Boutwell could not be used, according to CBS42.

Robbins said she didn’t sleep on Sunday night, worried about the people her organization serves. Instead, she brought blankets and other supplies to unhoused folks in the city.

With the Boutwell unavailable, the city said in a joint statement with homeless support organization One Roof’s executive director Michelle Farley that it provided cots, food and masks to other local shelters, so those organizations “could accommodate as many people as safely possible . . .When we all work hand in hand to combine our resources, we can be transformative in our impact in supporting our brothers and sisters experiencing homelessness.”

Robbins said that the joint statement leaves out many who would otherwise use warming stations.

“We also have people within our city who just don’t have access to heat,” she said. “They may be in their homes, but they may not be able to afford to cut the gas on or their power has been cut off.”

Robbins also said it is hard for individuals living on the streets to gain access to homeless shelters, a challenge made more difficult by COVID restrictions.

“You cannot just show up and get in,” Robbins said. “There’s not enough room. Capacity has changed with COVID. There’s no room in the inn.”

The statement released by the mayor’s office on the issue also asks that those interested in opening as warming stations contact the city.

“Because addressing homelessness is complex, the City of Birmingham and One Roof invite additional partners to help in extreme weather and every day,” the statement said. “For more information on how your business or house of worship can participate in this challenging, but rewarding effort, please contact Don Lupo at the City of Birmingham at 205-335-4573 or Michelle Farley at One Roof 205-254-8833, ext. 114.