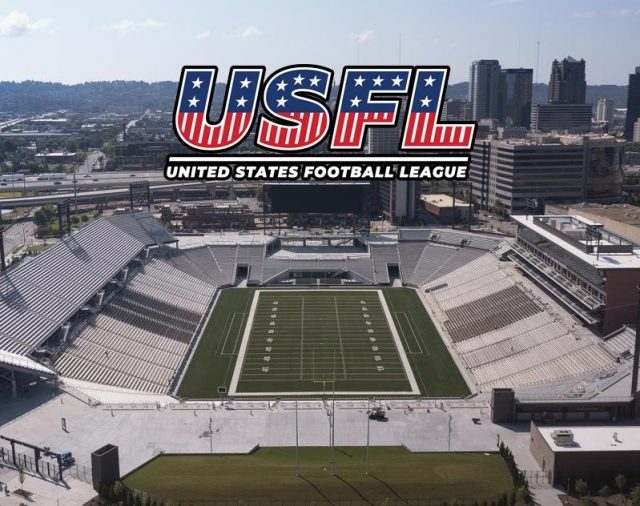 The Birmingham City Council on Tuesday voted to approve $500,000 in in-kind services to the new United States Football League, a Fox Sports-owned league of eight teams that will play its entire 2022 season in Birmingham.

This seems to have been the last step to occur before the deal could be final and ready to announce.

The season begins in April with between eight and 11 of the 43 games played at Legion Field, while the rest at the new Protective Stadium in downtown Birmingham. The season will end in July.

The USFL is estimated to have a $15 million economic impact on the area, according to Greater Birmingham Convention and Visitors Bureau. Some of that includes the league paying for hotels to house players, coaches and other staff over the full 12 weeks.

“They have committed to staying in hotels within the city limits of Birmingham, and it’s going to be a pretty significant commitment, not only for city coffers, but also for the restaurant and hospitality industry, as well,” City Councilor Hunter Williams told the Birmingham Times.

Securing the USFL season shows that Birmingham is to be taken seriously, he added.

“We’re now in an ‘arena’ where we can host this level of event, where it’s a lot more complex,” Williams said. “We have a lot more people coming in for an entire season than anything that we’ve ever done before in the city of Birmingham.”

The season, which will be broadcast throughout the country on Fox and NBC affiliates, also serves as a national ad campaign for Birmingham, Williams said.

“We’re going to be able to market the city on a national level where we haven’t done before or had the capability of doing…we’re going to have that opportunity with this as part of our agreement with working with [the USFL].”

Playing some of the games at Legion Field is a “wonderful opportunity” to recognize the value of the historic stadium, said City Council Pro Tem Crystal Smitherman.

“People have been asking: What will happen to Legion Field now that Protective Stadium is here? We’re not choosing either one but using both stadiums to help elevate Birmingham toward becoming a staple for sports and entertainment nationwide,” Smitherman told AL.com “This will also uplift the communities around Legion Field and instill pride where they live.”

The USFL, owned by Fox Sports, is a successor to a league by the same name that started in 1982 and only lasted three seasons. The new league features eight teams, including the Birmingham Stallions, itself a rebooted franchise from the original USFL. The league also includes teams from Florida, Louisiana, Michigan, New Jersey, Pennsylvania and Texas.

This latest decision from the council is the last piece of a long cooperative effort among regional leaders. By the end of 2021, the Jefferson County Commission and the city of Birmingham had both paid half a million each to secure the USFL season, and the Greater Birmingham Convention and Visitors Bureau (GBCVB) gave $2 million to support the project.